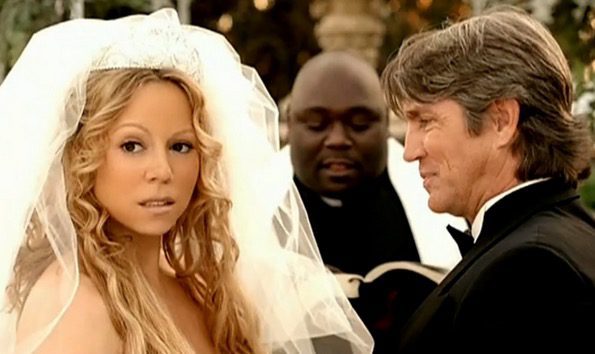 With alleged talks of an upcoming wedding to James Packer, Mariah Carey is desperate to have her divorce to Nick Cannon settled as soon as possible. The We Belong Together songstress, who has been dating Packer for the past two months, is said to be head over heels in love with the Aussie billionaire, so much that the couple have supposedly agreed on tying the knot this year.

While it is unclear as to why the two are rushing for marriage so fast, Packer is convinced that Carey, 45, is his ideal woman, having reportedly had the biggest crush on the R&B singer ever since she made her musical debut in the early 90s. Not only are they in love with one another, they have become the best of friends — Carey does not even hide her twins from her new man, convinced that she will be spending the rest of her life with him.

However, there seems to be some trouble in making Carey’s fairytale wedding come true. According to GLOBE magazine, the singer is still locked into her ongoing divorce process from soon-to-be ex-husband Cannon. While the self-proclaimed elusive chanteuse had hoped that her divorce would have been settled by now, sources say that Cannon could potentially be dragging the proceedings because he supposedly does not want her to marry Packer.

Cannon’s fans were stunned to learn that his two children Monroe and Moroccan were allegedly not allowed to be with their dad on father’s day. Instead, the twins, alongside their mother, spent the day on a luxury yacht as Carey enjoyed a long vacation with Packer, who covered all of the expenses for the two-week trip around the world.

Cannon may be upset by the supposed fact that Carey wants to be the sole parent, only she can make decisions that regard their children. Clearly, Cannon is not going to put up with it. As nobody actually knows what triggered the split between the couple, Carey wasted no time in moving on with her life while Cannon remains to be single. Perhaps the single life is not treating him too well, and now that Carey has moved on, he is resentful over his soon-to-ex considering plans to marry again.

It is unclear whether the Nickelodeon chairman is dragging out the divorce process because he cannot stand his ex-wife’s new man, or because he wants to be given another chance to make the marriage work. Although, the second theory cannot be the case since the movie producer has already stressed in the past that while he is unhappy with the collapse of his marriage, he is doing better than he thought he would after his split from the 45-year-old.

“She is pushing Nick to settle the financial terms and custody of their twins as soon as possible. Mariah is head over heels for James and she is ready to elope as soon as the ink is dry on her divorce settlement,” a source for GLOBE magazine explains. It is further explained by another insider that Carey is not worried about finalising the divorce one bit — if she is forced to pay up a couple of millions, she still has a billionaire husband to fall back to.