Emmett Till and the Whistle for Civil Rights 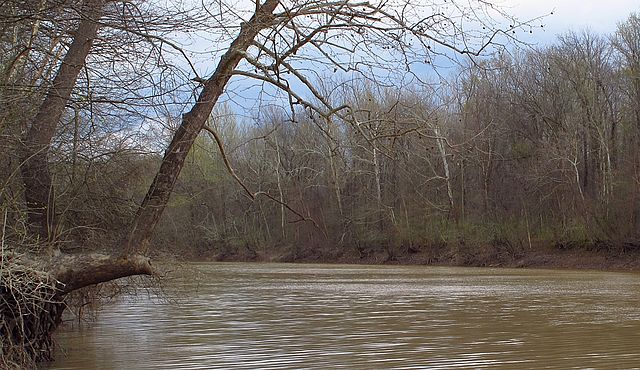 Sixty years ago, in the small town of Money, Mississippi, a young Chicagoan was kidnaped, brutally maimed and murdered in an act of racial violence. It was Aug. 28, 1955; a time of heavy racism and segregation in the South. The boy was 14-year-old Emmett Till, whose whistle and the horrific torment and murder it caused made U.S. history and galvanized the impending civil rights movement.

Till was raised by a single mother after his parents separated when he was one. His father, Louis Till, was executed a few years later by the military for “willful misconduct.” Till’s mother worked 12-hour shifts or more to keep him in a middle-class neighborhood of Chicago. Till was in a segregated school, but had not personally experienced the severity of hate and brutality the South held during this time. His neighborhood was predominantly African-American and most businesses were black-owned.

His uncle, Moses Wright, had come to Chicago to visit and Till asked his mother if he could go back to Mississippi with him to spend some time with his cousins and family. Though his mother, Mamie Till, was hesitant at first due to her son’s lack of knowledge of racial hate, she reluctantly agreed to allow his trip. This fateful decision preceded Till’s whistle, which would skyrocket the civil rights movement and alter U.S. history. On Aug. 19, 1955, she escorted her only son to the 63rd Street Station in Chicago to surrender him to a southbound train. During their tearful goodbye, she gave him his father’s signet ring, with L.T. initialed on it. This was the last time she would see her son alive.

A few days later, on Aug. 24, 1955, only three days after his arrival, the boy was out picking cotton in a field with his cousins when they decided to go into town to Bryant’s Grocery & Meat Market for cool refreshments. The cousins were watching some men play checkers in front of the store while Till went inside the store to purchase bubble gum. While he was exiting the grocer’s store, he reportedly whistled at the white owner’s wife, Carolyn Bryant. Her husband was away on a trip and would later hear about the incident from his wife.

Her husband, Roy Bryant, and his half-brother, J.W. Millam, burst into the Wright’s residence at 2:30 a.m. Bryant demanded that Till’s grandmother and uncle, Moses, allow him to see the “boy from Chicago.” She tried to sneak her grandson out of the house, but the brothers grabbed him and threatened the lives of the grandmother and uncle. Ignoring the grandmother and Wright’s pleas, they took Till. Bryant and Millam threw the boy in the car and drove around the Memphis area through the night before taking him to an abandoned tool shed. 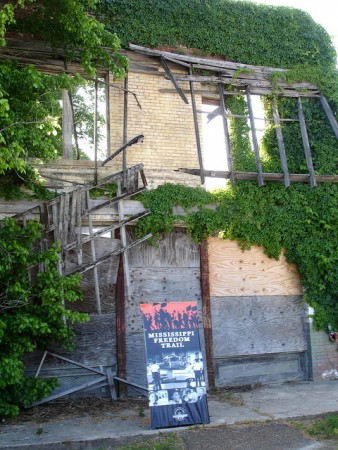 After severely beating young Till, they reportedly gouged out one of his eyes, using a rusty old tool from the shed. They continued to beat and mutilate his face beyond recognition. Beyond the unmerciful beating, Bryant and Millam forced him to carry a 75-lb. cotton mill, like a cross to bear, to the bank of the Tallahatchie River. There, they forced him to strip off his ripped and blood-soaked clothes, proceeded to bind his body in barbed wire and shot him in the head. They attached his body to the cotton mill and tossed his lifeless body into the dark and cold river.

His body was found three days later at the bottom of the river, so severely beaten and defaced that the only way to identify his body was by the ring he wore, which bore the engraved initials “L.T.” Multiple witness reports  aided in the arrest of his kidnappers, Bryant and Millam, who were charged with the kidnapping and murder of the boy.

His mother had his body shipped back to Chicago to be buried at home. Upon receiving his mutilated remains, Mamie Till pulled together all of the strength she had to bite through the pain and have an open-casket funeral at Roberts Temple Church of God, stating, “Let the world see what has happened, because there is no way I could describe this. And I needed somebody to help me tell what it was like.”

When two popular black magazines, Jet and The Chicago Defender, released photographs of the horrifically mutilated and water-soaked corpse, it drew national media attention. The five-day long funeral struck the nation with outrage and left them begging for justice for the boy and for blacks everywhere. According to Jet Magazine, over 100,000 people attended the funeral service, despite the three-block-radius smell of a rotting corpse in the Chicago summer heat.

Due to the current segregation laws of this time, blacks and women were barred from being on any jury in court. Bryant and Millam were facing an all-male, all-white jury. Despite Till’s uncle, Moses, testifying in open court, which was unheard of for a black man at the time, the brothers were acquitted after 67  minutes of deliberation on Sept. 19, 1955. The reason provided by the jury was that they could not properly identify the body of Till, and therefore, they refused to indict the men. In January of 1956, the brothers sold their story for $4,000 to Jet Magazine, unfearfully admitting both the kidnapping and inhumane murder of the boy. Due to the double jeopardy law, they could never be re-tried for the same case again.

The nation was indignant at the racism and injustice plaguing the lives of minorities, specifically in the South. It sparked revolutions and supporters to end segregation. It motivated many historical figures and inspired them to stand up against the racial violence and discrimination. For example, Rosa Parks said, “I thought of Emmett Till and I couldn’t go back [to the back of the bus].”

In the 10 years following his death, many laws, including segregation in schools, were overturned. On the 60th anniversary of his death, the nation can look back at how far the U.S. has come, but can never forget the dark days. Hip-hop artists Jay-Z and Will Smith will be releasing a six-episode miniseries, Till, on HBO. The civil rights movement was lit on fire by Till’s whistle, which was the inspiration for the civil rights movement, had a huge impact on U.S. history, and began a new era of revolution.

Sources:
USA Today: Jay Z, Will Smith to tell Emmett Till Story
Biography: Emmett Till
History: The death of Emmett Till

One Response to "Emmett Till and the Whistle for Civil Rights"