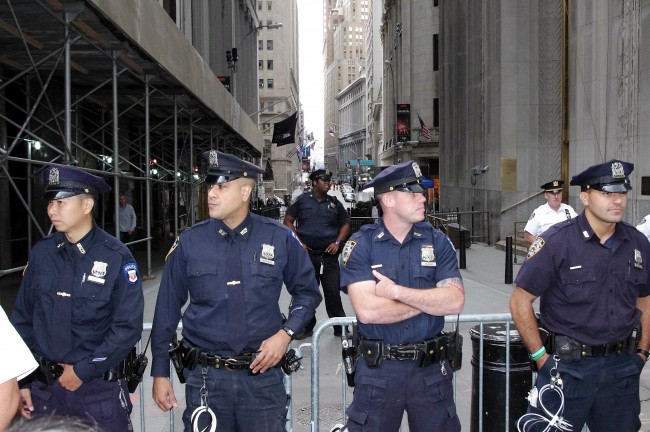 At 12:23 p.m. MT, Nov. 27, the Planned Parenthood clinic in Colorado Springs, Colorado, had an active shooter on the property. The shooting was called into police at 11:45 a.m. The caller reported gunfire at 3480 Centennial Boulevard, which is the address for the Planned Parenthood clinic. KKTV reported that the gunman was a white male wearing a long jacket, a beard, and a hunter’s style hat. The man walked into the clinic and opened fire. The Colorado Springs Gazette reported that multiple people, both civilians and police officers, were injured during the shooting. The shooter is not in custody.

Police reported that as of 1:30 p.m., the scene had still not been secured. The road was closed off from Garden of Gods to Fillmore in both directions, according to the local police. The president of Planned Parenthood Rocky Mountain, Vicki Cowart, posted a statement on Twitter to announce that the situation was still live and the Colorado Springs Police Department would be the best source of information. She added that her primary concern was the safety of the patients, staff members, and police officers.

The Colorado Springs Gazette reports at least three police officers have been shot and wounded. One of the officers was trapped at the scene. Police have not been able to get to the trapped officer, however, the other two have been removed from the scene safely. The severity of the injuries to the officers is unknown at this time.

There are several police officers, firefighters, EMTs, and a SWAT team at Planned Parenthood. The Colorado Springs Gazette was told by the police commander that one person was removed from the building on a stretcher and taken to the hospital. Ambulances were standing by.

According to a press conference given by a police spokeswoman, the shooter’s location had not been confirmed. She continued that the police believe he is using a “long gun,” but the police are not in the investigative phase at this point, so there is still information to be confirmed.

Lieutenant Catherine Buckley has reported there are an unknown number of civilians that have been injured in the shootings. This situation is still an active situation.

Caren Kesterson from Supercuts saw the cruisers speed by and stepped outside in time to hear well over 20 gunshots. One of the managers from a King Soopers grocery store nearby was told to “shelter in place.” The manager locked down the store and kept all customers and employees inside. According to Jesse O’Brien from the UPS Store on the same street, a police officer was using a megaphone to tell people to remain inside.

The Colorado Springs police have requested the presence of the FBI on the scene. According to the FBI, they responded with “FBI SWAT and evidence recovery teams.” These branches of the FBI are equipped for any type of situation involving a shooting.

Only one shooter has been encountered so far. He is inside Planned Parenthood at this time. There are also civilians still in the building that are being extracted when it is safe to do so. The only communication that has occurred between the shooter and police has been the shooting, which is currently being referred to as “active engagement.”

It is assumed the gunman is heavily armed, based on the multiple shots fired thus far. A long gun was reported, as well as an AK-47.

Police want people to know there have been a number of successful rescues. Ambulances are lined up at the scene ready to take the injured to local hospitals. Nine have been reportedly taken to hospitals already. Four of them were police officers.

It is believed that there are still six people inside Planned Parenthood with the shooter. However, this has not been confirmed.

Buckley stated the scene is still an active situation. Police have not been in contact with the shooter. Each attempt has been met with the gunman opening fire on the officers. There have been four, possibly five, officers shot. There are an unknown number of casualties. The suspect took items into the building with him and left some items outside Planned Parenthood that must be checked in order to stabilize the scene.

The incident began at Planned Parenthood, which was confirmed by Buckley in this briefing. SWAT is still extracting the rest of the people in the building.

The police are working with Planned Parenthood staff members in order to identify where civilians are located inside the building, so they can be extracted safely. All stores and homes in the area are to remain on lockdown until the suspect is in custody and the situation is stabilized. The scene will not be neutralized until all the shooter’s items have been investigated.

The shooter is contained within the Planned Parenthood building. Police are focused on the safety of the public and that the situation is handled correctly. The items brought inside and left outside by the suspect are unknown. It will be important for authorities to investigate those items in order to stabilize the situation, even after the gunman is in custody.

The still-active scene is not being referred to as a hostage situation, as that would be speculation at this time. Police only know that the suspect has a long gun, as that was reported by the witness who called the police originally.

Because the situation is still active, it is unknown if Planned Parenthood was a target. The gunman carried duffle bags inside the building. Buckley stressed that much of what is being posted on social media has yet to be confirmed.

Buckley stated that officers inside the building shouted to the shooter and they were able to get him to surrender. At 4:52 p.m., police took the gunman into custody.

Now it is important to ensure that all the items the shooter brought with him into the Planned Parenthood building are not hazardous to the civilians in the area. Police are not sure if there are any deceased at this time. There have been 11 people taken to hospitals, five of whom were police officers.

The scene is being cleared by officers, who are going room by room looking for people who may need help or who may be deceased. Once the building has been cleared, police will have to have to investigate the scene for safety, ensuring the shooter’s items are neutralized, and then process the building as a crime scene.

There will be a criminal investigation that will lead to prosecution. For that reason, some things will not be shared with the public until the investigation is complete.

There have not been any updates on the condition of the injured. No fatalities have been confirmed. Buckley would not go into specifics or details, as there is still more information that must be gathered.

Further updates will come from the Colorado Springs Police Department or the El Paso Sheriff’’s Office. Roads will remain closed until items brought into the Planned Parenthood building are deemed neutralized.

Guardian Liberty Voice will update information as it is available.

One Response to "Shooting at Colorado Springs Planned Parenthood"