Chicago Police Fight Against Release of Chapman Video of Shooting 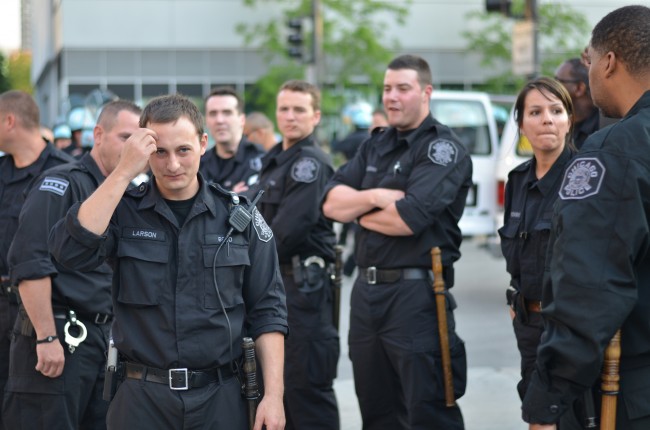 The Chicago Police Department is fighting against the release of the Cedrick Chapman shooting video. CNN News interviewed the family’s lawyer, Bryan Coffman who has seen the video and states that Chapman was killed eight seconds after exiting a stolen vehicle.

Chapman, age 17, was carrying a black i-Phone box when he was shot and the officer later claimed he thought it was a gun. CNN News also interviewed Lorenzo Davis, a Chicago Police Department supervisor, who initially found the shooting unjustified. The Independent Police Review Authority ( I.P.R.A.) asked him to change his findings to justified. Davis refused to do so and was subsequently fired by the police department. Following this, their report cited that Mr. Davis’s findings were biased. According to CNN, there is “A significant discrepancy” between Davis’ findings “and what the facts actually show.”

CNN analyzed the I.P.R.A. data and found there have been 409 persons shot by the police in the United States. This is the equivalent of one person shot every week in the past eight years, with one-third being fatalities. Of these, 206 cases are closed and only two percent were found to be unjustified.

CNN reached out to the Chicago Police Department, I.P.R.A., and the Cook County States Attorney’s office and have received no comment.

By Patricia DeHaven
Edited by Cathy Milne and Jeanette Smith