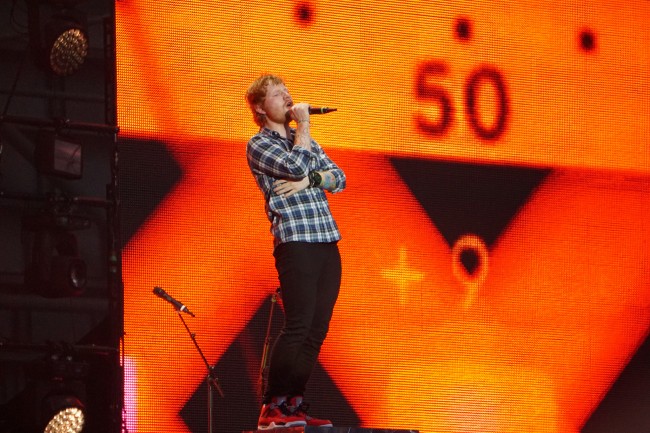 According to ABC News, on Feb. 15, 2016, the 58th Grammy Awards telecast began with many performers have already received their accolades. In fact, many winners received their awards at the Premiere Ceremony, which took place on Feb. 15, at 12:30-3:00 p.m. PST, and some had taken home their Grammys even earlier in the day.

The first Grammy awarded during the evening’s broadcast went to Taylor Swift for Best Pop Vocal Album for 1989. Swift, who was not in attendance, phoned in her acceptance. She also won Best Music Video, later in the program, but the artist used Twitter to share her celebration. In the video Swift posted, the room was filled with cheering and many excited utterances.

Song of the Year went to Ed Sheeran for Thinking Out Loud. The album was released in 2014, and this was the first Grammy for the singer.

When Stevie Wonder announced Sheeran’s award, he mentioned the results were written in Braille and used the opportunity to promote accessibility by stating, “I just want to say…we need to make every single thing accessible to every single person with a disability.”

The Los Angeles Times reported Rihanna canceled her performance during the telecast due to a bronchial infection. She was put on vocal rest for 48 hours by her physician. She was scheduled to perform Kiss It Better from her album, Anti. This would have been the debut live performance of the song.

According to The Hollywood Reporter, Adele (Adkins), performed the ballad she co-wrote with Bruno Mars, All I Ask, during the telecast. There were mixed reviews on Twitter.

Guardian Liberty Voice will continue to provide updates for the Grammys and related activities to the event.

One Response to "2016 Grammy Awards Performances and Winners"