According to ABC News, on Feb. 15, 2016, the 58th Grammy Awards telecast began with many performers have already received their accolades. In fact, many winners received their awards at the Premiere Ceremony, which took place on Feb. 15, at 12:30-3:00 p.m. PST, and some had taken home their Grammys even earlier in the day. The first […]

Thanksgiving is a time of giving thanks, which means a lot of fans of both Justin Timberlake and Stevie Wonder will have a lot of reasons to give thanks this coming Thanksgiving weekend if they attend their concerts at the MGM Grande in Las Vegas, Nevada. Timberlake will give a Black Friday concert the Friday […]

Jimmy Fallon Celebrates His 40th Birthday With James Spader and Others 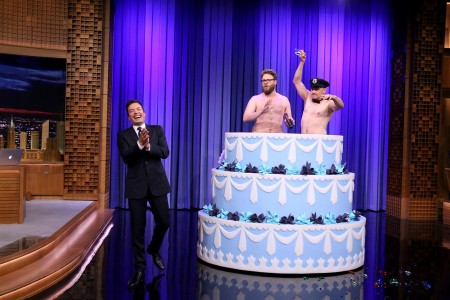 The Tonight Show Starring Jimmy Fallon is a special episode tonight, as it is Jimmy Fallon’s 40th birthday and he celebrated it with his guests and audience! Though there was only one guest mentioned officially who was on the show, The Blacklist star James Spader, Fallon mentioned earlier in the week that there would be […]