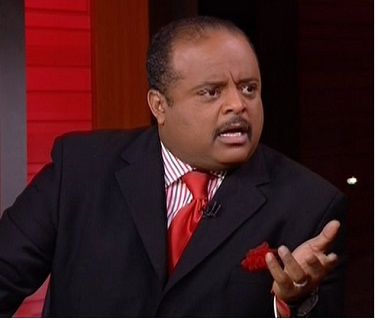 The Stump for Trump ladies known as Diamond and Silk appeared on NewsOne Now to speak up for Republican candidate Donald Trump. True to their style, they were loud and brass but forgot the importance of having the facts solidified before attempting to “educate” an expert like Roland Martin. The women attempted to talk over the talk show host only to be silenced by a slew of facts which Martin utilized to stump the trump girls Diamond and Silk.

The managing editor and host of NewsOne Now said the show was created to give people the diversity they deserve as it related to current affairs. Martin is no novice concerning the crisis surrounding the black community. He has spent most of his career intensely focused on and advocating issues facing African-Americans. Previously Martin served as the editor of the only historically black newspaper of Chicago called the Chicago Defender. He was also a strong influence of the politically charged news show which aired on TV One called Washington Watch.

Martin maintains that the black community has long been scrutinized for the way they talk, dress, and their mannerisms while trying to fit into the world dominated by Caucasian Americans. At the creation of the news show, NewsOne Now, Martin said:

African-Americans are some of the most highly engaged cable news consumers, and it’s vital that we meet that thirst with a daily morning shows that speaks to our issues, our concerns, from our perspective.

While entertaining the Stump for Trump girls via Skype, Martin tried to have an educated conversation in hopes of learning the underlining motive behind their avid support for the business mogul. He wanted the women to clarify the plans they have long brushed over during sound bites rendered on other news platforms. After a host of useless rhetoric and overuse of the cliché, “When the media fears someone they smear them,” the host stumped the Trump girls and ended the conversation. 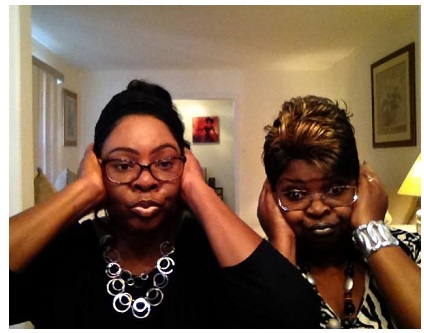 What the women did manage to say, without providing a plan, is they are supporting Donald Trump because of three specific issues. First, he wants to secure the borders in order to keep America safe, next he intends to bring back opportunities where people are thriving again in the area of jobs, and finally, he wants to bring back spirit and unity to the country. The initial portion of the interview went over without a hitch, but soon after, the conversation took a quick turn to the left.

After hearing the reasons Diamond and Silk were in support of Trump, Martin sought answers for any specified plan to bring about these changes. The blueprint the ladies outlined sounded nice to the novice ear, but the ladies appeared shaken when the host pushed past the hollow words of these sisters. The women quickly shifted to defense mode and attempted to out talk Martin with more clichés than facts. It became clear that the famed journalist had already decided to go easy on the women. Instead of slamming them, which he has so eloquently done in previous shows, he attempted to educate them.

It did not take long, however, before the host realized they were not interested in hearing any real truths and instead wanted to tell black people they are now free and can walk off the democratic plantation at will. Martin, before throwing out a host of facts surrounding the items Diamond and Silk presented, advised the Stump for Trump girls several times that if they are going to come on a black show, it is imperative to have their facts straight. After refusing to allow him to speak, Roland Martin did what he does best and stumped the Trump girls Diamond and Silk.