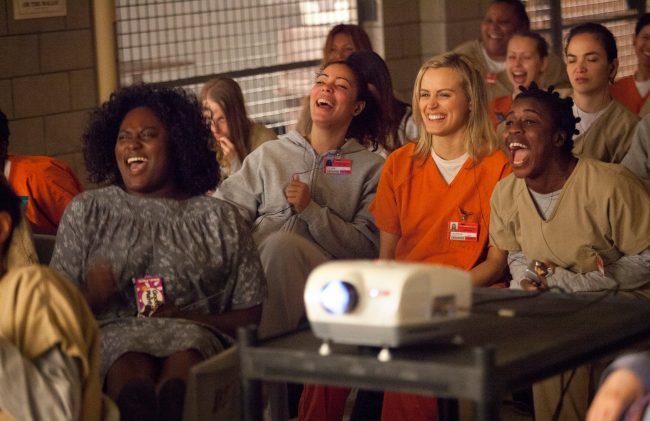 Netflix launched Season 4 of the mega-hit series “Orange Is the New Black,” which is also commonly referred to by its acronym, OITNB, on Friday, June 17, 2016. Moreover, as of February 2016, the critically acclaimed, award-winning show has already been picked up by Netflix for Seasons 5-7. The latest 13-episode installment of the prison-based serial dramedy returned to the streaming service with its top-notch ensemble cast of characters, along with some new additions to mix things up. All four seasons of OITNB are now available for streaming at any time on Netflix, and an official trailer for Season 4 of the show is located at the bottom of the article.

Season 4 picks up right where last season left off, with Alex Vause’s character, played by Laura Prepon (“That ’70s Show”), being strangled in the prison greenhouse by a hit man sent to kill her, thanks to her drug cartel connections. Lucky for Alex, the always entertaining Lolly Whitehill, portrayed by Lori Petty (“Point Break”), is close by and comes to her rescue, presumably stopping the killer in his tracks or so they think. This is only the beginning of the dramatic, as well as tragic, twists and turns that unfold over the course of the season.

In addition to the returning favorites viewers know and love, including stage actress Uzo Aduba, who has won two Emmy Awards for her stunning portrayal of Suzanne ‘Crazy Eyes’ Warren, there are some superb cast additions to this season’s roster as Netflix launches Season 4 of “Orange Is the New Black.” Most notably, veteran actress Blair Brown (“The Days and Nights of Molly Dodd”), the esteemed star of TV, stage, and film, who plays new inmate Judy King, a Martha Stewart-like TV celebrity chef who is sent to the fictional Litchfield Penitentiary on tax evasion charges.

Brown’s performance adds a fantastic and highly entertaining vibe to the series. Moreover, her interactions with some of the returning characters are splendid, particularly those winning moments between Brown and Juilliard-trained actress Samira Wiley, who portrays Poussey Washington, as well as Brown’s gamesmanship with fellow veteran actress Kate Mulgrew (“Ryan’s Hope”), who plays Galina ‘Red’ Reznikov on the series. When these actresses–who both have careers spanning over 40 years in the industry–meet on-screen, their chemistry is crackling and immediate. 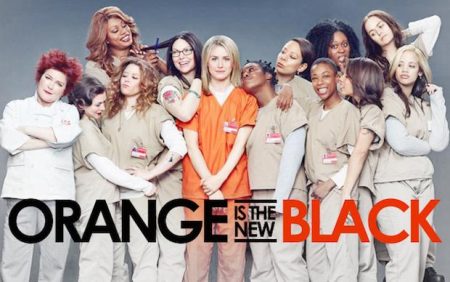 “Orange Is the New Black” is a proven, powerhouse performer for Netflix, and while the streaming service does not bother with Nielsen ratings, OITNB is one of the media giant’s most viewed programs, as well as its most re-watched series by subscribers. In fact, 53 percent of Netflix customers have viewed at least one season more than once, making it a binge-watch darling for the ages. Moreover, OITNB started the binge-watch trend and introduced the term into the pop culture vernacular.

As Netflix launches Season 4 of “Orange Is the New Black,” the series continues to deliver the goods in unexpected ways. One moment viewers will be laughing-out-loud, and soon after, they might be tearing up with emotion. The Jenji Kohen-created comedy-drama has never been afraid to take chances and push the envelope, much like the edgy executive producer/writer/creator’s other show, “Weeds” (2005-2012), which starred Mary-Louise Parker (“Fried Green Tomatoes”) and aired on Showtime for eight seasons. A distinguishing feature of Kohen’s series is their ability to balance comedy, particularly of the self-deprecating variety, and drama. This season is no different, however, the stakes are much higher than before. This fact will become apparent as the fourth season unfolds and the events culminate in a cliffhanger ending that will leave viewers reeling and wondering what will happen next.

The latest batch of 13 episodes from Season 4, as well as all the episodes from Seasons 1-3, are available for streaming on Netflix. Whether someone is new to the “Orange Is the New Black” phenomenon or just trying to catch up on missed episodes before diving into Season 4 of OITNB, Netflix has their customers’ viewing needs covered. As promised, the official trailer for Season 4 of “Orange Is the New Black” can be viewed below.