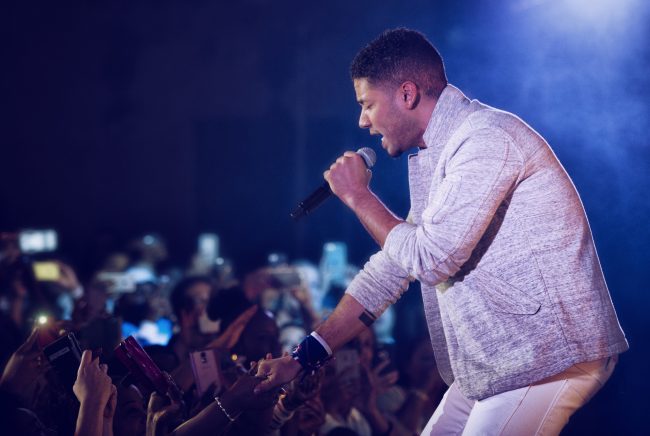 It is alleged that Jussie Smollett offered to pay brothers Abel and Ola Osundairo $4000 to stage his homophobic and racist assault. It is also claimed that the attack was rehearsed.

Allegedly, Smollet paid the two brothers $3,500 before boarding a plane for Nigeria, on Jan.29,2018, the day of the attack. Upon return, they would be given another $500.

According to CBS Chicago, the brothers told the police that the attack was supposed to happen before Jan. 29, and they practiced days before it occurred.

It is also alleged that 36-year-old Smollett paid for the rope, which was bought at Crafty Beaver Hardware Store the weekend of Jan. 25.

Sources say one of the brothers poured bleach and held the rope at 2 a.m. on Smollett. The other wore a red hat and shouted homophobic and racist slurs. The cap was purchased on an Uptown beauty supply store.

Smollett had said two white men shouted at him “f—t,” “n—r” and yelled, “This is MAGA country!” They threw an unknown substance on him and put a rope around his neck.

It seems Jussie Smollett tried to manufacture a hate crime to make Trump supporters look bad and most of the media not only uncritically accepted his lies as facts for weeks but attacked those who questioned the validity of his false story.

Smollett had claimed he was attacked because he was outspoken about Trump. The Tribune reports the brothers are cooperating with police and for their protection, are at an unknown location.