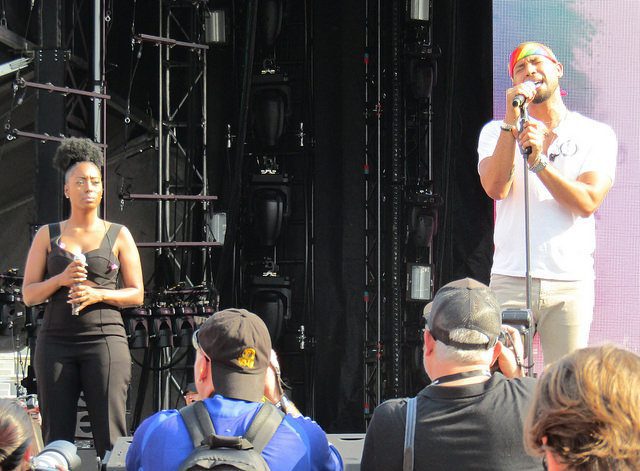 TMZ is reporting police have informed them that Jessie Smollett‘s case will be heard by the grand jury early next week.

According to TMZ, they were told that the two brothers alleged to have been paid by Smollett to fake his hate crime have been in police protection in downtown Chicago around the loop. Police want to make sure people do not contact them. They are particularly concerned that Smollet may try to connect with them.

TMZ was informed that police raided the homes of Abel and Ola Osundairo they discovered magazines with torn out pages. Police are determining if those pages were used to send Smollett threatening letters eight days before the alleged attack.

A source said police asked Smollett if he would sign complaints against the men who attacked him, and said he would. However, when he found out Abel and Ola Osundairo were in custody, he said he knew who they were, felt compassion for them and refused to sign the complaint.

TMZ said that their source informed them that the police believe the brothers at a hardware store purchased the rope used during the incident. However, there is no surveillance video because after a week it erases.

The brothers were tracked down after being found arrive and leaving the place of the attack which is near Smollett’s apartment. The suspects fled in a Uber or cab, and the police tracked them as they were returning to their home switching into another car.

The publication continues by saying the police were suspicious from the beginning after Smollett took them to the area of the attack and pointed to a camera which was obscure and said he was pleased that the attack was caught on tape. The camera was pointing in the wrong direction, and police found it strange where the camera was located and how Smollett knew where it was.

Police also did not believe the attackers would yell “This is MAGA country” because “Not a single Trump supporter watches ‘Empire.'”

Smollett and his lawyer deny the attack was staged. They continue to maintain Smollett was a victim of a hate crime.