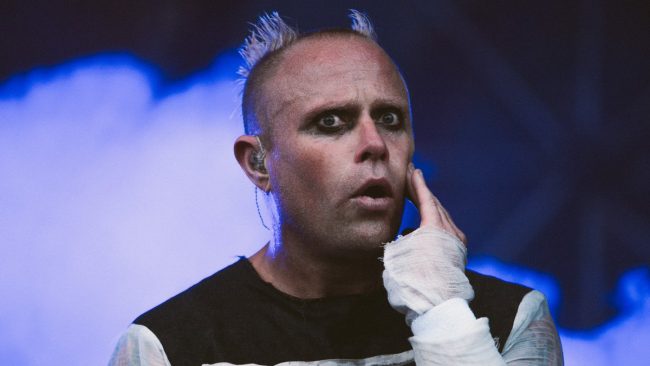 Keith Flint’s band Prodigy invited fans of their lead singer to stand on the procession route on March 29, 2019, before a private memorial service.

On March 23 the surviving members of the band tweeted that the church service would be for family and friends of the singer, but speakers would be placed outside so fans can hear the service.

Flint committed suicide by hanging on March 4 at his home in Great Dunmow, United Kingdom. He was 49 years old.

The band said they could line up at 15:00 GMT. They tweeted a map of the route to St. Mary’s Church in Bocking. The route will start at the roundabout linking Coggeshall Road and Railway Street at Courtauld Road.

Heading down Courtauld Road, the procession will turn right onto Bradford Street and left to Church Lane.

The car carrying Flint was expected to arrive at the church at 15:30 GMT.

The surviving members also said if fans would want to place tributes or flowers for Flint at the church, they should be sent by 14:00 GMT on March 29.

Since Flint’s death, fans have been making a pilgrimage to the Leather Bottle, the bar the singer once ran in Essex.