McDonald’s Asks ‘Would You Like Fecal Matter With Your Burger?’ 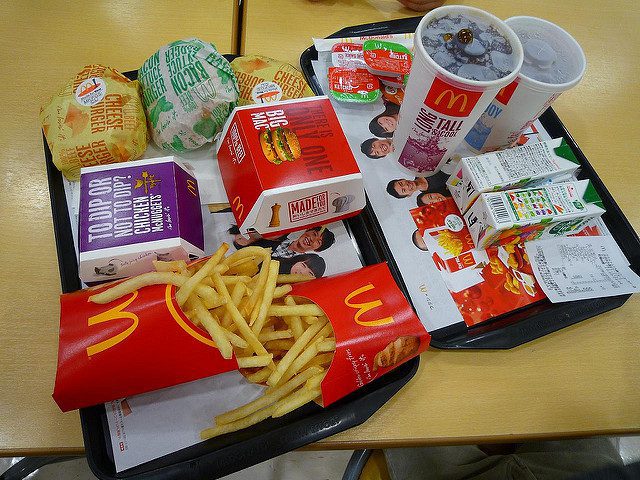 An investigation conducted by metro.co.uk found that all touchscreens at McDonald’s restaurants are covered with fecal material.

McDonald’s recently added touchscreens to their restaurants which permits the customer to touch their order onto the screen before retrieving it from the restaurant’s counter.

Researchers from the London Metropolitan University tested eight screens from McDonald’s restaurants. Two were from McDonald’s in Birmingham, and six from London.  All screens were covered with coliforms which is the bacteria which is found in feces.

One screen was found to have staphylococcus, a bacteria which could be the cause of toxic shock syndrome or blood poisoning. Listeria was also found which could cause pregnant women to miscarry or have a stillbirth.

Dr. Paul Matawele, London Metropolitan University’s senior lecturer in microbiology, said that everybody was surprised how much fecal and gut bacteria was found on the McDonald’s touchscreens. He added that the infections a consumer could develop might cause them to require hospitalization.

NYU School of Medicine, clinical professor of Pathology and Microbiology, Dr. Phillip Tierno, said in an interview with Moneyish that the information did not surprise him. The entire population is bathed in human feces. When multiple people touch a surface over time, germs will be transferred which includes bacteria from three body sources which are fecal, skin and respiratory.

Dr. Tierno added that the Metro report shows people do not adequately wash their hand and practice good hand hygiene. Eighty percent of diseases which are infectious are transmitted through indirect or direct contact. Direct contact includes sneezing, coughing, kissing, and talking.  Indirect contact includes touching something dirty with germs such as a phone, doorknob, computer, touchscreens, elevator button and then touching one’s nose, eyes, mouth, or a cut in the skin.

A spokesperson from McDonald’s told Metro that the touchscreens are frequently cleaned throughout the entire time the restaurant is open. All of McDonald’s restaurants provide customers facilities where they would be able to wash their hands before eating.