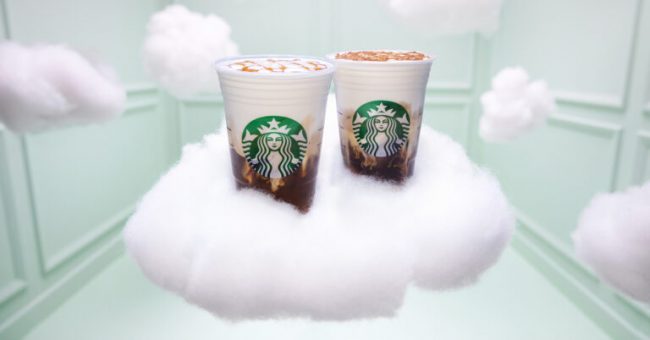 Starbucks and Ariana Grande may have made a mistake with their new Cloud Macchiatos. It seems that there are some fans of both the coffee chain and the singer who are feeling bamboozled over the ingredients used in this coffee confection.

According to “Delish,” the reason for the upset stems from the fact that Grande is a known vegan, which led many of the singer’s fans to believe the drink would also be vegan. Unfortunately, this is not the case, as egg white powder is one of the main ingredients used to make the foam cloud that tops both the Cinnamon and the Caramel Cloud Macchiatos.

When it was announced that Ariana Grande was partnering with Starbucks, there was a lot of excitement from fans. As a known vegan, many fans believed that this would mean that the drink inspired by the singer would also be vegan. Plus, seeing the singer drinking a Cloud Macchiato on her social media, seemed to be all the proof they needed to have fans believing they could pick up one of these creations without having to worry about any dietary restrictions.

The problem is that there is simply no way to make this beverage without the egg white powder. Even if a customer orders the drink with soy or almond milk, it does not account for the cloud foam. Without the foam, there is no Cloud Macchiato. Even the caramel that Starbucks uses contains dairy, which means one can not order a caramel Cloud Macchiato and make it vegan friendly.

Once it was determined that Starbucks would be unable to offer a vegan version of the Cloud Macchiato, many fans took to social media to express their displeasure over this disappointment. Many of these fans were upset over the fact that Ariana Grande would be partnering with Starbucks on a drink that does not align with her own personal beliefs and dietary habits.

On Twitter, there were plenty of users who dragged the singer over the decision to put her name to the Starbucks drink. However, it was not just fans of Ariana Grande who were upset over the entire situation. In fact, even the baristas who are making these macchiatos are over the entire thing, with many of them resorting to social media to share their own thoughts on repeatedly having to explain that there is no way to make the drink vegan friendly.

Even the Starbucks baristas have no explanation for why Ariana Grande is the ambassador of the Cloud Macchiato. From expressing their confusion over the partnership, to the frustration over having to explain that there is simply no way to turn the drink into a vegan offering, most of these Starbucks employees are over the unnecessary drama.

While fans might be upset with Ariana Grande and even Starbucks for the lack of a vegan friendly drink, it has to be said that the company has been very straightforward over the ingredients in this drink. In fact, in their original press release, they pointed out that egg white powder was being used in order to make the cloud foam.

For now, it seems as if fans of Grande and Starbucks will not be able to indulge in this new drink inspired by the singer. Instead, it looks like they will have to wait to see if another option is introduced that gives them a vegan friendly option in the future.