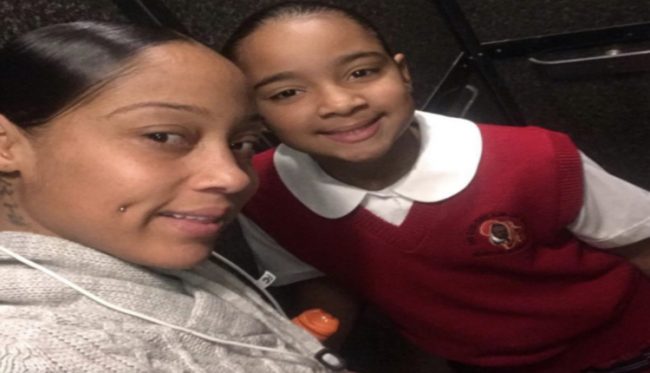 Tanisha Asghedom, the baby mama of the late rapper Nipsey Hussle’s only daughter Emani, has remained relatively silent since the death of Hussle.

Asghedom did not attend the memorial service for Hussle nor his service at his gravesite.

Asghedom whose Instagram name is Chyna Hussle returned to Instagram and posted a video to Hussle, posted April 21, 2019. 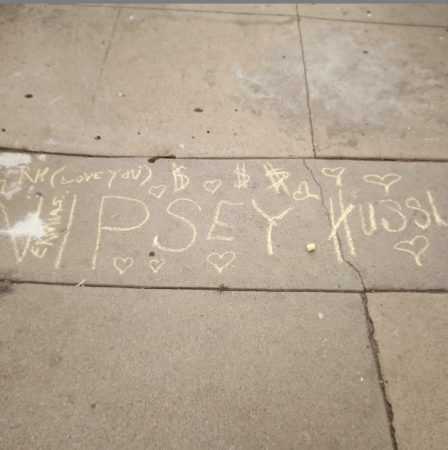 The video showed an Easter Egg with Nipsey’s name on it. She also posted on a sidewalk written in yellow chalk Nipsey’s name. Surrounding his name was hearts and dollar signs. She also wrote love you Ermias, which was Nipsey’s birth name.

One person posted a nasty message claiming Asghedom was only posting to get her name in the media. The post said:

“You really are doing the most now. You are chasing clout girl. You did not do all of this when Nipsey was alive.”

People took offense at the comment and supported Asghedom against the hater saying:

“You are allowed to mourn the father of your child any way you want! Post about him every day!”

“It is not clout. The woman is mourning and showing her child’s father love. This is Hustle’s child’s mother and she has the right to feel and grieve. Nobody knows the story so do not judge people.