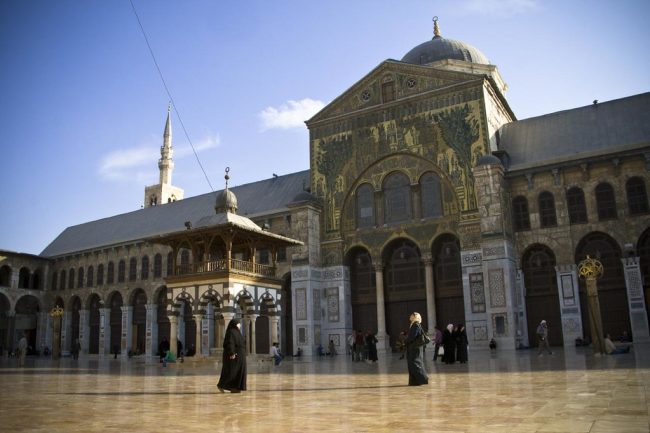 ISIS leader Abu Bakr al-Baghdadi has been killed in a U.S. military operation over the last weekend of October 2019.

President Donald Trump announced the incident on Sunday, Oct. 27. Trump gave detail in the happenings during the weekend raid.

“He died after running into a dead-end tunnel, whimpering and crying and screaming all the way,” according to the president.

Baghdadi was a cunning and enigmatic black-clad leader of ISIS who transformed a flagging insurgency into a global terrorist network that drew tens of thousands of recruits from 100 countries. He was 48 years old.

The New York Times reported that Baghdadi detonated a suicide vest during the raid in northwestern Syria by U.S. Special Forces. Preliminary tests have confirmed his identity.

Baghdadi was the son of a pious family from the Iraqi district of Samarra. He held religious fervor, hatred of nonbelievers, and the power of the internet into the path that catapulted him onto the global stage. He commanded a terrorist organization that, at its peak, controlled an area the size of Britain. From that territory, ISIS directed and inspired acts of terror in more than three dozen countries.

Baghdadi was the world’s most-wanted terrorist leader, the target of a $25 million bounty from the American government. His death followed a year-long, international manhunt that consumed the intelligence services of multiple countries and spanned two presidential administrations in America.

Able to escape capture for almost a decade, he used a series of extreme security measures, even when he met with his most-trusted associates.

Ismail al-Ithawy was a top aide who was captured last year. He recounted his time with Baghdadi, “They even made me remove my wristwatch.” Ithawy has been sentenced to death in a prison in Iraq.

Ithawy stated that they were stripped of all electronic devices including cell phones and cameras. They were blindfolded, loaded into buses and driven for hours to an unknown location. When they were allowed to remove their blindfolds, they would be sitting before Baghdadi.

Meetings would last between 15 and 30 minutes and the ISIS leader would leave the building first. Visitors were required to stay under armed guard for hours after he left. Then, they were blindfolded again and driven back to their original position. This is according to aides who saw him three of the past five years.

Baghdadi was always concerned about being betrayed and he trusted no one, according to Gen. Yahya Rasool, a spokesman of the Iraqi Joint Operation Command.

Most of the world learned about Baghdadi in 2014. His men overran one-third of Iraq and half of Syria and declared the area a caliphate. He claimed to revive the Muslim theocracy that ended with the fall of the Ottoman Empire.

This act distinguished ISIS from Al-Qaeda.

Al-Qaeda leader bin Laden, dreamed of restoring the caliphate, however, he was reluctant to declare it. Perhaps he feared the overwhelming military response that eventually cost Bahdadi’s territory.

On Monday’s “Start Here” on ABC News, Chief Global Affairs Correspondent Martha Raddatz talked about the impact al-Baghdadi’s death could have on ISIS.

She stated, “ISIS is not defeated and his death will not end it. You think of [Osama] bin Laden, his death did not end terrorism…so this is not over and you could see a resurgence.”

John Bolton, Trump’s former national security adviser, is a key witness in the impeachment inquiry, according to Adam Schiff, the chairman of the House Intelligence Committee.

On ABC’s “This Week,” Schiff said, “He has very relevant information and we do want him to come in and testify.”

One Response to "Abu Bakr al-Baghdadi, ISIS Leader, Is Dead at 48"