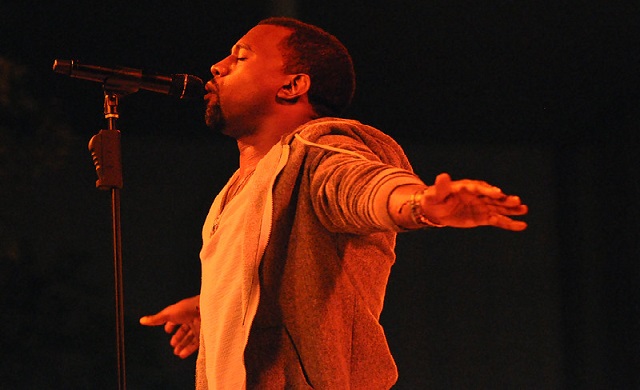 Kanye West finally released his first true gospel album titled, “Jesus Is King.” He has also vowed against any future albums that do not mirror his current stance on faith. The “Jesus Walks” rapper is causing quite the stir among Christians for titling his new album “Jesus Is King.”  The questions surrounding his album on whether his faith is genuine or not should result in a resounding, “We do not know and it should not matter.” The project is sound and the rest is between him and God.

As a musician, the rapper has always kept his fans on edge with new material. He has been on a long journey of transformation as an artist and as a man. From taking microphones from people on stage to Sunday services and a new project depicting his newfound love for Jesus. It seems, even if fans refuse his new faith, Jesus lovers would celebrate. So, why are Christians the main people upset about Kanye “Jesus Is King” album?

Negative reactions from the Christian community have surfaced calling the rapper “blasphemous” and the “antichrist,” and accusing him of using Jesus for monetary gain. Some even went so far as to say Kanye is not a Christian and are calling him a false prophet. Many onlookers may not understand his connection with spirituality or want to attend his services, but if he wants to use the gifts God has given him and his platform to talk about his journey, why is that a bad thing?

Kanye West told Apple Music’s Zane Lowe that he is letting people know what “Jesus has done” for him. He explained his current position of faith as follows:

Perhaps his theology is a work in progress, but there is enough grace for all people to navigate their “walk with Christ.” Truth is Christians can be some of the most judgmental and hypocritical people sinners will ever meet. “Jesus Is King” certainly would not be the first time God used a broken person to reach the people within their scope. He spoke with pagan wise men, he gave dreams to the tyrant King Nebuchadnezzar, he used a donkey to try and talk some sense into Balaam, who himself was wicked. If God can use Samson, who slept with prostitutes, and Jonah, the only preacher in history to be angry that an entire city came up for his altar call, why could he not use Kanye?

Instead of celebrating another soul being transformed, Christians are more upset about the producer’s “Jesus Is King” album. Christians do not own Jesus. They do not get to decide who God connects to uses to bring others into his light. Similarly, Dr. DeForest Buster Soaries, a prominent author and pastor of First Baptist Church of Lincoln Gardens, said he believes West is becoming increasingly more orthodox. In a video posted to Instagram and Twitter, Soaries said:

It started out just as music and it’s evolving into a real Orthodox message with an unorthodox format. And that’s the church. That’s how the church started. The Church started with people bringing an orthodox message in unorthodox formats. And this whole idea of taking hip hop music and putting Christian lyrics on it? That’s what the hymns are. Some of the hymns, old hymns in the hymn book, they are literally bar songs from Europe that uses secular sounds where Christian writers put Christian lyrics on top of secular music. Gospel music is the same way. If you take away the words for some gospel songs? You can’t tell if they’re gospel or R&B. John P. Kee has licks and chords that sound just like James Brown.

It appears, by and large, people refuse to believe his conversion is sincere, and worst still it seems Christians are his harshest critics. However what is clear is that Kanye West is actively making massive, Christian changes to his family and life. Kanye is being spiritually challenged, and it must be incredibly difficult to manage such a turbulent spiritual journey in the public spotlight, especially when dealing with a lot of his self-reported mental health issues.

Obviously no stranger to criticism or Christian vipers, Kanye seems to expect “hate” from this community. On the song, “Hands On” from his latest album, the singer raps about the hate he is receiving from Christians post-conversion. He says:

Told people God was my mission
What have you been hearing from the Christians?
They’ll be the first one to judge me
Make it feel like nobody love me
Make you feel alone in the dark and you’ll never see the light

The primary distinguishing feature of a Christian should be how they love. Christians should easily recognizable by their mind-boggling love for others. However, Christians in America are not known for their love; Instead, studies consistently show that Christians are seen by most as judgmental and by many as hateful. The perception of Christians will change when their love of God extends and overflows naturally and unconditionally beyond fellow believers to all mankind.

If Kanye wants to use his platform to amplify his faith, it should be celebrated and not frowned upon. Perhaps, Christians can start recalibrating this “love challenge” with Kanye and his newest project, “Jesus Is King.”

One Response to "Why Are Christians Upset About Kanye ‘Jesus Is King’ Album? [Video]"