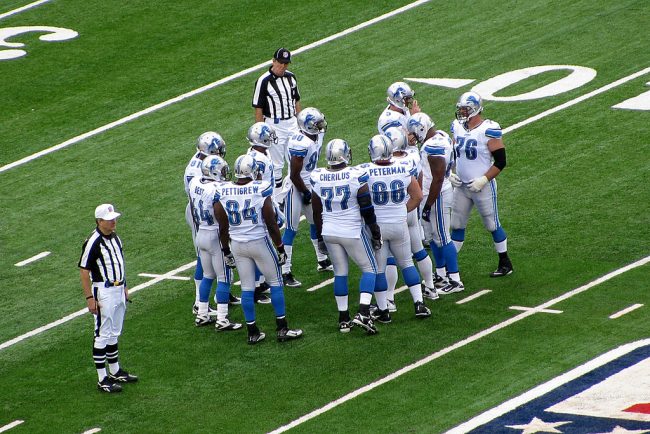 “Devastated to learn of the passing of my spartan brother Charles (Rogers). Spoke with his mom this morning. Please pray for her and his children. Please also be respectful of their privacy at this difficult time. Rip Chuck.”

Rogers played football for Don Durrett at Saginaw High. A number of players informed Durrett that Rogers had died overnight.

“I tell you, he was – and I’m including Flint, too, since I coached at Flint Northern all those years – he’s the best athlete I ever seen. I mean, honestly, we’re talking about basketball, football and track together. He could have had a scholarship in all three sports. That’s how good. …I haven’t seen nobody that fast that could do it all. He was just a blessed athlete that could do it all,” stated Durrett.

News broke of his death on Monday, Nov. 11, 2019. His death may be related to cancer and liver disease, according to reports. Durrett spoke with Rogers’ mom and stated:

“I called his mom at the hospital over the weekend and got a chance to talk to Charles. He said he was going to the Lord. He had cancer, whether that was related to his liver I don’t know. They had given him 30 days to live if he didn’t get a liver translplant.”

Rogers was a five-star high school recruit. He played football for Bobby Williams at MSU from 2000-02. He has 2, 821 yards on 135 catches with 27 touchdowns in two seasons before entering the NFL draft.

The Lions chose Rogers with the No. 2 overall pick in the 2003 draft. His career, however, did not take off. He admitted that he struggled with drug issues. Rogers was a 6-foot-220-pound wide receiver who was 36 catches for 440 yards with four TD in 15 games before he left the league.