6.4-Magnitude Earthquake Is the Latest to Strike Puerto Rico 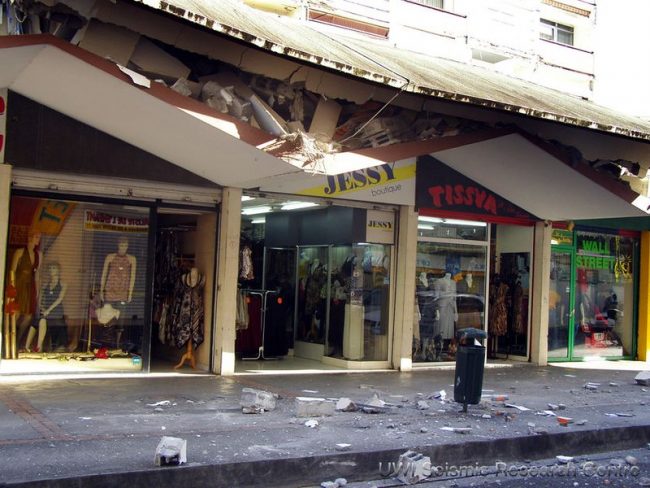 Southern Puerto Rico awoke to the aftermath of a 6.4-magnitude earthquake on Tuesday, Jan.7, 2020. The temblor hit before dawn and struck a coastal area near the communities of Ponce and Guanica at 4:24 a.m. local time, according to the U.S. Geological Survey.

The 6.4M quake is the latest in a series of temblors that have affected the region. The earthquakes have destroyed homes, crumbled walls, and taken down power lines after an automatic protection system kicked in and shut down all the power plants in Puerto Rico.

According to officials, a 77-year-old man has died in the aftermath on Tuesday in Ponce. One of the walls in his home fell on him. That is the only death known at this time. Eight people have been reported injured.

Governor of Puerto Rico, Wanda Vázquez, declared a state of emergency Tuesday morning. This activated the national guard and facilitated the flow of funds to the emergency response. Additionally, Vázquez made an announcement saying the public sector workers would not be expected to report to the office on Tuesday – with the exception of first responders, who are working on rescue and recovery efforts.

At a press conference, Vázquez stated, “We’ve never been exposed to this kind of emergency in 102 years.”

Vázquez encouraged residents to remain calm. Public employees were told to stay home as well as residents unless they believed their homes had structural damage.

“Citizen security is a priority, so vulnerable areas are being inspected and all necessary measures will be taken to ensure the safety of all Puerto Ricans.”

Sen. Rick Scott, R-Fla., posted a tweet stating he had been in contact with President Donald Trump and FEMA about the situation.

Vázquez said she had not received any communications from the president as off 11 a.m.

One of the island’s largest cities, Ponce, is without power, intermittent access to water, and is being affected by landslides on the main highway.

The mayor of Ponce, María “Mayita” Meléndez, told NBC News that residents are scared to return to their homes and are seeking refuge inside their cars.

“People don’t feel safe. We are living moments of uncertainty.”

Meléndez said that Ponce is preparing to open up areas and parks with tents for those looking for refuge away from structures that may collapse. There are five hospitals in the area that are functional.

The tsunami warning issued after the earthquake has been canceled.

Puerto Rico has also experienced a 5.8M quake in the same area on Monday morning. Residents’ lives have been disrupted and buildings have been damaged in a series of temblors experienced over the past two weeks.

“The past several weeks we’ve had hundreds of small earthquakes in the same region. It began on Dec. 28, when we had a 4.7-magnitude [earthquake] there. Since the 4.7, we’ve had over 400 magnitude 2+ earthquakes,” explains John Geiger, a geophysicist with the U.S. Geological Survey.

Recently, the earthquakes have been common, however, Tuesday’s temblor and its aftershocks – which reached a magnitude of 6.0 – have shocked those who felt it. Aftershocks could continue for a few days.

“I’ve never been so scared in my life. I didn’t think we would get out. I said: ‘We’ll be buried here.’” Nelson Rivera, from Ponce, made this statement to the Associated Press after he fled his home near the epicenter of the earthquake.

The 6.4M quake comes a day after another major temblor toppled a local landmark, a natural rock archway along the coast known as Punta Ventana. “The tourist attraction collapsed into the Caribbean Sea amid the tremors, though no serious injuries were reported in that incident.”