Bob Shane, Original Member of the Kingston Trio, Dies at 85 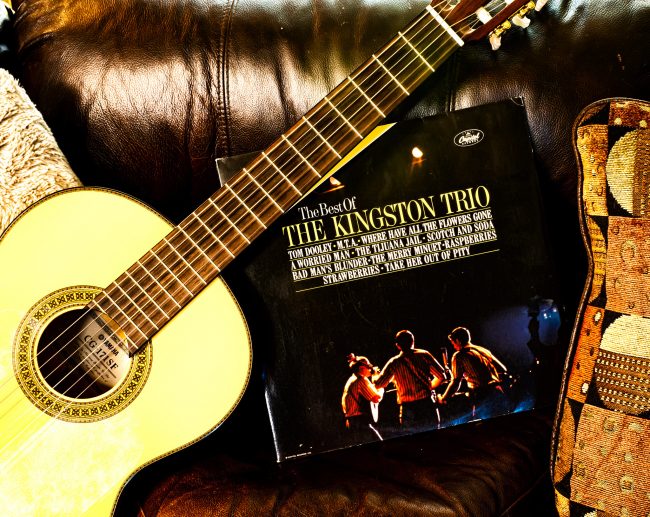 The last original member of the Grammy-winning Kingston Trio, Bob Shane, died on Sunday, Jan. 26, 2020. He was 85 years old.

Shane was a resident of Phoenix. He retired in 2004 but continued to perform occasionally until 2016. Shane died due to complications from pneumonia days before his 86th birthday, on Feb. 1, according to his wife Bobbie Childress.

The Kingston Trio was formed by Shane, Dave Guard, and Nick Reynolds in the San Fransisco Bay area in the 1950s. The group led a revival of folk music with a series of chart-topping albums. There was a time that the group had four albums in the Top 10 at the same time.

The group won a Grammy for “Tom Dooley,” at the first music awards ceremony in 1959. There was no folk category so they won an award for Country and Western Performance. At the next Grammy Awards ceremony, the band won in the newly created folk category.

In 2011, Shane returned to the Grammys and The Kingston Trio was honored with a lifetime achievement award. Guard and Reynolds passed away in 1991 and 2008.

According to Childress, Shane loved the connection he had with his audiences.

“He always said he wasn’t a folk singer. He was a folks singer. He really loved entertaining [and The Kingston Trio’s vibe was] just pure fun and entertainment. They made people feel good.”

Shane’s signature song was “Scotch and Soda.” It was “very much a Frank Sinatra kind of song,” according to Childress. She was married to Shane for 19 years.

The singer was born Robert Schoen in Hilo, Hawaii, on Feb 1, 1934. Later, he changed his name to the phonetic spelling. Guard was Shane’s childhood friend from Hawaii and they both attended college in the Bay area. Shane attended Menlo College where he met Reynolds, and Guard attended Stanford.