Reed Mullin, Drummer for Corrosion of Conformity, Dies at 53 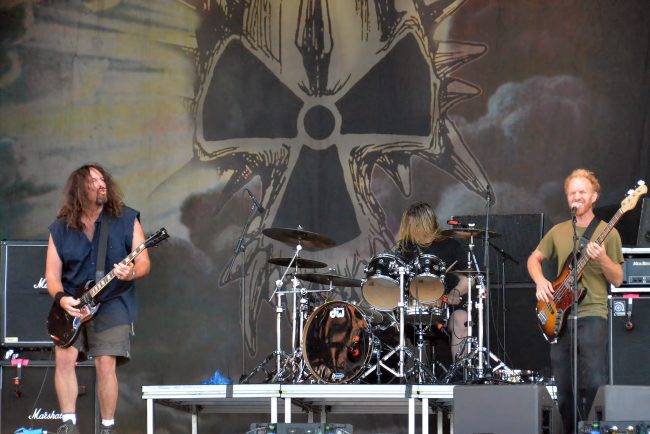 Longtime drummer for the North Carolina punk and metal band Corrosion of Conformity, Reed Mullin has died. The band announced his death on social media on Tuesday, Jan. 28, 2020. He was 53 years old.

Corrosion of Conformity was put together in 1982 and included Mullin, Woody Weatherman on guitar and Mike Dean on bass. The band was part of the hardcore movement but they were influenced by classic metal bands like Black Sabbath.

The band’s first two albums: 1984’s Eye for an Eye and 1985’s Animosity, were fast, angry, and raw. This band became a massive influence in the Southeastern U.S.

In the late ‘80s, Corrosion of Conformity began using a crossover thrash sound as they continued to absorb more metal influence, especially after Dean was replaced by Pepper Keenan in 1989. This was the same year the band signed with Columbia Records and released the album, Deliverance, which eventually went gold. At the time, the band was creating “groovy Southern sludge-metal,” according to StereoGum.

Even as the band switched up their sound, they were never a mainstream band, therefore, going gold before the era of YouTube was quite the feat.

In 2016, Corrosion of Conformity was approaching the stage in Edmonton when Mullin reportedly suffered from a seizure that was brought on by his excessive drinking. At the time, Dean addressed the issue on Facebook announcing that the band was no longer able to perform with Mullin.

“We will not enable Reed to continue killing himself on our watch.”

Last night, the band wrote, “It’s with heavy hearts that we say goodbye to a friend, a brother and pioneer.”