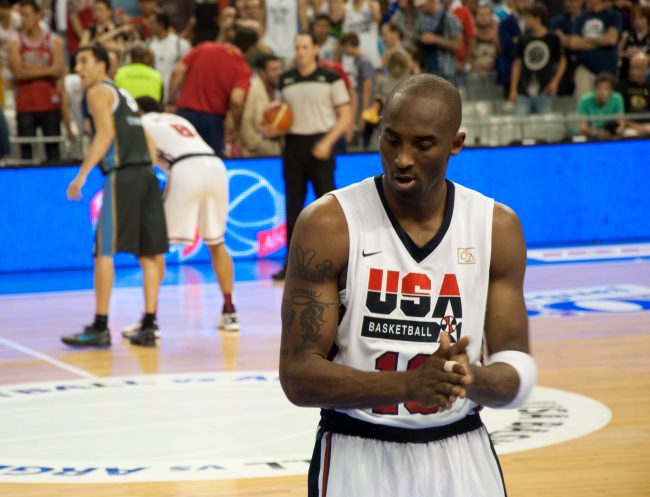 Update: A total of nine people were aboard the helicopter: Harbor Day School’s (in Orange County) assistant coach, Christina Mauser. College baseball coach John Altobelli, his wife Kerri and daughter Alyssa are also among those who died in the horrible crash. Alyssa was on Bryant’s basketball team at Mamba Sports Acadamy, where they were heading for a game.

Sunday, Jan. 26, 2020 Kobe Bryant died in a helicopter crash. The legendary NBA player, was among four other people traveling in his private helicopter flying over Calabasas when a fire broke out, sending the helicopter spiraling from the sky. The crash happened at 10 a.m. local time (1 p.m. EST). It is reported that there are no survivors.

The helicopter’s engine sputtered before it went down according to eyewitness accounts. Flames and smoke covered much of the wreckage. Bryant was 41 years old at the time of his death. He is survived by his wife Vanessa and their daughters. Bryant’s daughter Gianna was also in the helicopter when it crashed. Bryant, his daughter Gianna (age 13). and possibly another player and parent of that player were on their way to a game when the fatal crash occurred.

Bryant was an 18-time NBA All-Star and vastly considered to be the greatest basketball player of all time. Bryant was voted NBA’s Most Valuable Player (MVP) in 2008 and went on to win two gold medals with the U.S.A. Men’s Basketball team in 2008 and again in 2012. In 2016, Bryant retired from basketball. In 2018, Bryant won an Academy Award for “Dear Basketball;” his short film that was based on a poem he wrote before his retirement.

At the age of 34, Bryant became the youngest player in NBA history to surpass the 30,000-point mark. One major highlight of Bryant’s career was his final game against the Utah Jazz when he dropped 60 points and left with a bang, helping his team win.

Los Angeles Mayor Eric Garcetti released a statement on the death of Kobe Bryant: “Kobe Bryant was a giant who inspired, amazed and thrilled people everywhere with his incomparable skill on the court; and awed us with his intellect and humility as a father, husband, creative genius, and ambassador for the game he loved. He will live forever in the hearts of Los Angeles and will be remembered through the ages as one of our greatest heroes. This is a moment that leaves us struggling to find words that express the magnitude of the shock and sorrow we are all feeling right now, and I am keeping Kobe’s entire family in my prayers at this time of unimaginable grief.”