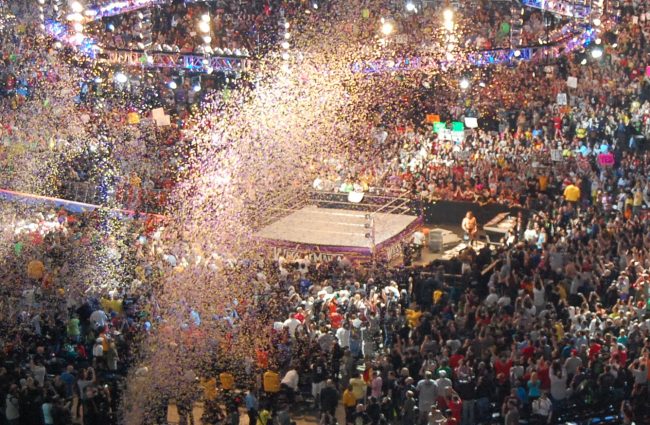 Wayde Bowles, known as Rocky Johnson, was also a former professional wrestler. Johnson’s passing was announced in a statement given by World Wrestling Entertainment, on Wednesday, Jan. 15, 2020, and his death was confirmed by his manager to NBC news. No cause of death has been given.

“WWE is saddened to learn that Rocky ‘Soul Man’ Johnson (born Wayde Douglas Bowles), a WWE Hall of Famer, former World Tag Team Champion, and father to Dwayne ‘The Rock’ Johnson, has passed away at age 75.”

Johnson began wrestling in the mid-’60s and he joined WWE in 1983. WWE said in a statement, that he was “wildly charismatic.”

“’The Soul Man’ retired from the ring in 1991, but his imprint continued to be felt on WWE for years to come. Post-retirement, Johnson had a hand in training his son, Dwayne ‘The Rock’ Johnson.”

WWE stated that Rocky Johnson had many memorable rivalries in his career. There was Greg “The Hammer” Valentine, Adrian Adonis, and Don Muraco. His greatest success came when he teamed up with Tony Atlas as The Soul Patrol. The two became the first African-American World Tag Team Champions in WWE history when they defeated the Wild Samoans on Dec. 10, 1983.

WWE concluded by stating that Johnson “will be forever enshrined as one of sports-entertainment’s most influential performers.”

In 2008, The Rock went on to induct his dad into the WWE Hall of Fame.

Former WWE star Brian Blair stated that Johnson died in his home after being unwell for a while. “He thought he had the flu or something, but didn’t get it checked out. I talked to [wife] Sheila and she said he was just being stubborn. A loss for every fan of @WWE, Rocky Johnson was a barrier-breaking performer,” stated WWE executive Paul “Triple H” Levesque in a tweet.

The Rock has turned to social media multiple times to talk about his father and his tough love that made him into the man he is today. In March 2019, The Rock shared a story about his dad’s upbringing. He wrote that Rocky Johnson had been kicked out of his mother’s house on Christmas Day when he was 13 and he was forced to live on the street.

“…His reality of compassion and love was forged through pain and toughness. He raised me with that tough physical love and used to beat my a—in the gyms and on wrestling mats. I hated it then as a little boy, but grateful for it today as a man.”