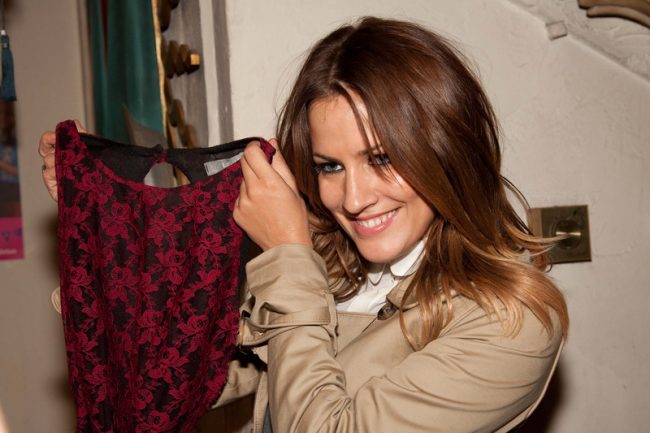 The host of “Love Island UK,” Caroline Flack, has died at the age of 40. On Feb. 15, 2020, Flack’s family confirmed that the former host committed suicide.

She is survived by Christine (mother), Ian (father), Elizabeth (oldest sister), Paul (brother), and her twin sister Jody. The family has made a statement expressing their need for privacy during this time and they would appreciate not being contacted or filmed as they process the grave news.

This is the third death of a star from the show. Following their appearances on the show, former contestants Mike Thalassitis and Sophie Gradon hung themselves. It has not been stated how Flack took her own life.

Flack was a host of the British series from the beginning in 2015 until Dec. 2019. At that time, she had been charged with assaulting her 27-year-old boyfriend, Lewis Burton. She was accused of hitting Burton in the head with a lamp. Flack was out on bail waiting for her March trial to start. A few days after her arrest, the show replaced her as the host. It has been reported that the man chose not to press charges and even supported her throughout the whole process.

The show wanted Flack back on as the host if she was found not guilty of the charges she faced.

Burton shared a picture of him and Flack on social media saying that he loved her.

The dating show exploded in such popularity that it is now a huge part of the British cultural calendar for about two months out of the year. The show’s reach has spread so far that even “Saturday Night Live” has done parodies of it.

In the past, Flack had small parts in shows like, ‘The Xtra Factor” and “Gladiator.” She started her career on a sketch show called “Bo’ Selecta.”

She has been very open in the past about the depression she suffered. She admitted that after she competed on the show “Strictly Come Dancing” where she won the competition, she spiraled into a crippling depression. She has been placed on anti-depressants but did not like how they made her feel so, she stopped taking them.

If anyone is in need of someone to talk to please contact the National Suicide Prevention Lifeline at 1-800-273-8255. No matter how low anyone feels, they are never alone. Help is available at any time of the day, every day of the year.