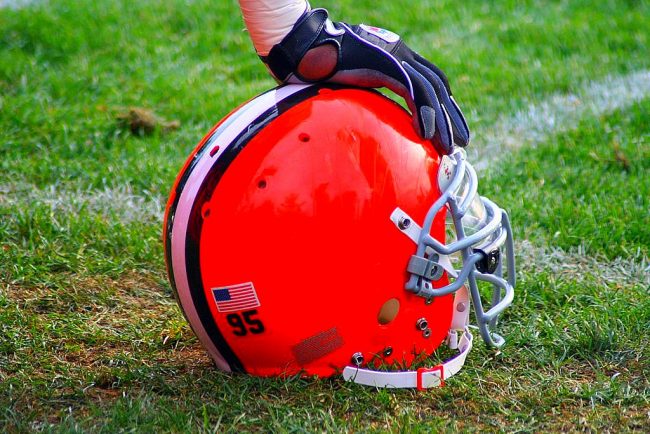 The laws for marijuana have come a long way, however, it has not gotten to the point where one can bring 157 pounds of it into the United States. On Monday, Feb. 17, 2020, Cleveland Browns’ Offensive Tackle, Greg Robinson, and Wide Receiver free agent, Jaquan Bray, were arrested by the U.S. Border Patrol for bringing a large amount of marijuana into the States from Mexico.

They were arrested close to the Sierra Blanca Checkpoint Station which is southeast of El Paso. During routine checks that are performed before a person can enter the United States, a U.S. Border Patrol dog alerted authorities to the vehicle Robinson and Bray were in.

The vehicle, which was driven by an Uber driver Robinson originally met in 2018, was searched because of the dog alerting authorities. Inside the cargo area of the car they found a few duffel bags, and inside those bags was the 157 pounds of marijuana. It is reported that Robinson tried to convince the driver to claim the bags of marijuana as his own. The driver said no and apparently complained something along the lines of, if he had known what was in the bags he would never have agreed to drive them.

The two men are being held without bail until they go before a judge. If convicted with the intent to sell as well as the intent to distribute, the men could face up to 20 years in prison.

Robinson is set to become a free agent soon and the Browns do not plan on re-signing him.

Bray played in college before bouncing around between three NFL (National Football League) teams. He even played for a short time in the Alliance of American Football and the Canadian Football League.