Wendy Williams Does It Again 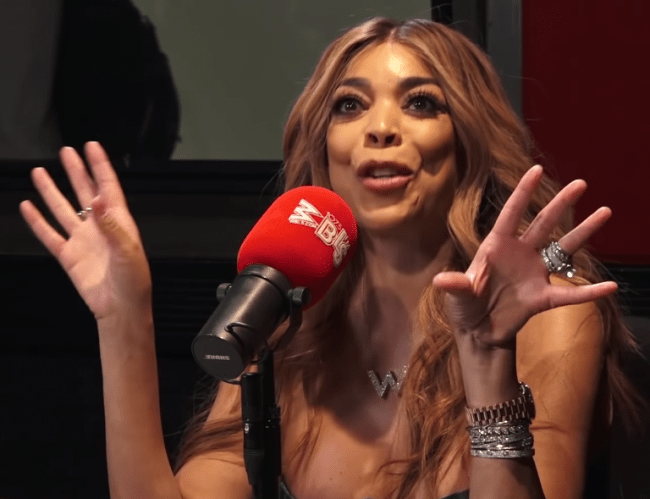 Wendy Williams seems to enjoy the taste of her own foot lately. The talk show host has been making headlines recently.

First, with her homophobic-like comments made on Feb. 13, 2020, when she instructed gay men to “Stop wearing our skirts and our heels.” Adding insinuations that they would never be seen as a woman like her. After receiving much backlash from the LGBTQ+ community and their numerous supporters, Williams took to social media to post an apologetic video.

After her comments, people across the nation were calling for her show to be boycotted and stated that she should be taken off the air.

After the ex-fiancee of Drew Carey, Amie Harwick was murdered on Saturday, Feb. 15, Williams made a horrible joke.

Harwick, 38, was reported to have some sort of altercation with her ex-boyfriend Gareth Pursehouse on Saturday afternoon. Harwick had a restraining order against Pursehouse, however, it expired and a few weeks before her death she reported seeing him.

Police found signs of a struggle in the upstairs apartment and Harwick was found on the ground under her third-story balcony.

On Monday, Feb. 17, Williams made a comment about how Harwick was not killed by Carey, then she yelled the famous “Price Is Right” catchphrase, “Come on down!” After she made the comment, Williams acted as if she was watching someone fall from above.

Williams seems to make tasteless comments without thinking of the consequences. Whether it is about Joaquin Pheonix’s cleft lip, telling gay men to stop pretending to be women, and now someone dying, it leaves people wondering when Williams will stop being pretentious and start being more humane.

At least “The Price Is Right” is respectful and postponed production due to the death of Harwick. Showing how respect is actually given.