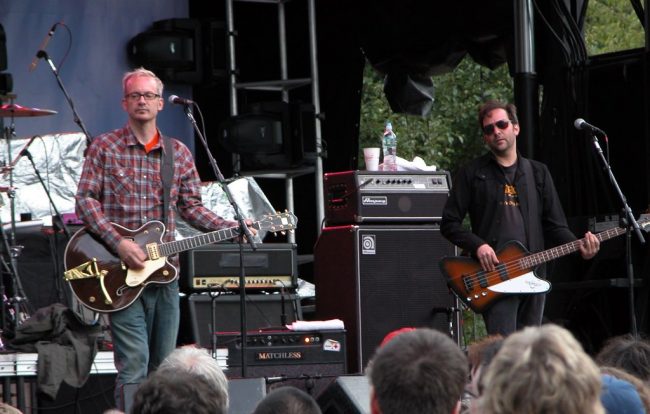 Musician and songwriter, Adam Schlesinger, who is best known for his work as a member of Fountains of Wayne was 62 years old and has passed away due to complications from the coronavirus. He is also known for his Emmy-winning song for TV’s “Crazy Ex-Girlfriend.”

Schlesinger passed away Wednesday morning, April 2, 2020. It was reported by his attorney Josh Grier on Tuesday that he was “very sick and heavily sedated.”

Grier stated that Schlesinger was in a hospital in upstate New York for more than a week at a time.

Schlesinger had been nominated for Oscars, Tonys, Grammys, and Emmys, and he won a Grammy and an Emmy. He won an Emmy in 2018 for “Crazy Ex-Girlfriend” in the outstanding original music and lyrics category for “Antidepressants Are So Not A Big Deal.”

In 1997, he was nominated for an Emmy for his work on the theme song for the Tom Hanks directed, “That Thing You Do.” This was one of his first successful attempt outside the realm of his own music-making with Fountains of Wayne. At the same time, Schlesinger was also nominated for a Golden Globe.

The band he co-founded with Chris Collingwood, Fountains of Wayne, won two Grammy nominations in 2003 for best new artists and for the best pop performance by a group for the Top 40 single, “Stacy’s Mom.” This song became the band’s biggest hit.

Schlesinger’s Grammy award was for best comedy album for his work on “A Stephen Colbert Christmas.”

Both of his Tony nominations were for the musical “Cry Baby,” in 2008. Recently, he collaborated with Sarah Silverman on his first full stage score since “Cry Baby,” for an off-Broadway musical, “The Bedwetter.” The musical was set to open at the Atlantic Theater Company in the spring of 2020. The stars for the production were Tony winners Linda Lavin and Stephanie J. Block. The limited-run musical was supposed to be at the Atlantic Theater Company from April 25 through May 20.