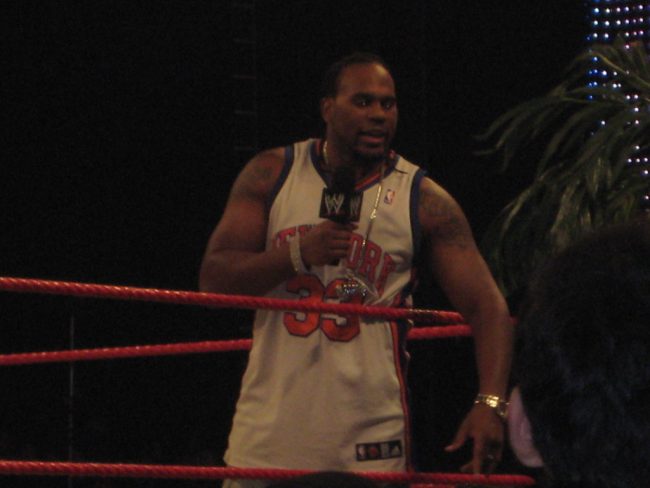 [Update] Gaspard’s body washed up onto shore on Wednesday, May 20, 2020. Someone driving by happened to spot his body and called authorities. His body was identified and his family has been notified. Gaspard went missing three days prior when he was swimming with his son at the recently opened Marina Del Rey beach. Strong rip currents tore the Gaspards and others dangerously into the sea. Lifeguards were able to pull out the others and the son, however, he was pulled under and rescuers were unable to locate him again.

Thoughts and prayers are with his wife and son. May he rest in peace.

On Sunday, May 17, 2020, former WWE wrestler, Shad Gaspard was swept out to sea by strong rip currents. Gaspard was there swimming with his 10-year-old son in Venice, California when it happened. They were swimming with a group of other people when everyone was caught up in the current. Lifeguards rushed to help patrons out of the water. As a concerned father, he insisted rescuers save his son first. Unfortunately, they were unable to assist the pro-wrestler before he disappeared.

The Search Is On

Search teams have been formed to search for Gaspard. It has been reported that helicopters and divers are among those searching. His wife Siliana Gaspard, who was ashore at the time, confirmed that he was the one that was missing. Rescue teams continued their search until sundown, only to resume early Monday morning. In her post, she asks only to be contacted if anyone has seen or may know where Gaspard may be.

The former pro star has been wrestling in the independent circuit since he was released from his WWE contract. One lifeguard stated that he has been doing his job for over three decades and this is only the second time someone has been dragged to sea.

His wife and son stayed right on the beach all night long. They were provided with blankets, chairs, and water by their friends and neighbors. The search for Gaspard resumed at 10 a.m. ET. Prayers for his safety are felt all around.