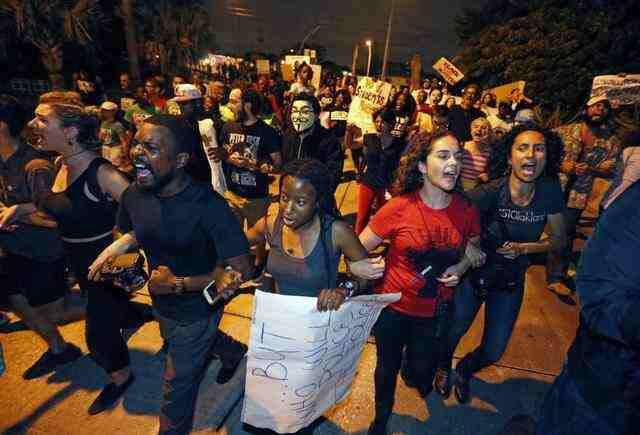 Eyes around the art world were on Miami Friday night as protesters fed up with police injustice shut down Art Basel. At its peak, over 600 demonstrators flooded the busy streets of Wynwood, chanting and blocking traffic. Traffic came to a grinding halt as protesters took over Interstate 195 and nearby surface roads. Demonstrators came […]

Police are reporting that there has been a shooting involving police officers and an armed suspect in the Hialeah area of Miami leaving one person dead. The incident took place in the parking lot of a strip mall by the Walgreens at 17th Court and West 49th street. According to Hialeah police, a civilian armed […]

The Miami Police Department has just released the description of a suspect wanted in connection with a robbery at a Subway restaurant. The robbery took place on October 16 at the location on N.W. 42 Avenue just before 10 pm that evening. The suspect demanded money at gunpoint from the woman working the counter, Ybet […]