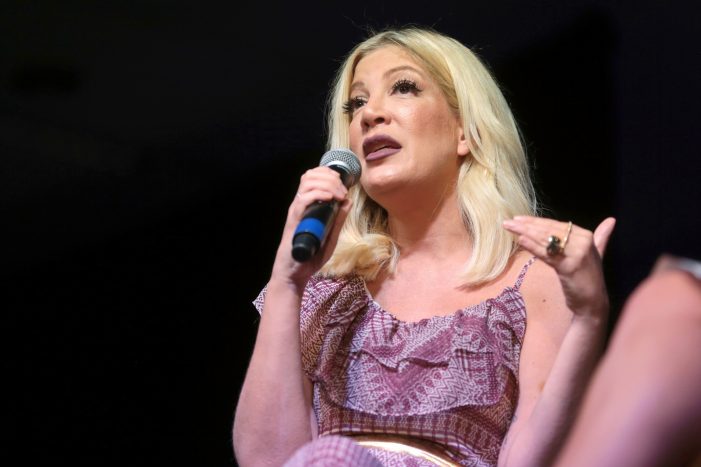 RadarOnline.com is reporting a judge issued on March 27, 2019, a bench warrant for actress Tori Spelling for a lawsuit that has been ongoing with City National Bank. Paperwork filed in Los Angeles Superior Court obtained by the publication said that the judgment debtor failed to appear in court. Judge James Blancarte ordered a bench […]

The friends and loved ones of reality television star and former 90210 actress Tori Spelling are reportedly increasingly concerned for her safety, thus according to sources who claim to be close to the woman. Concerned associates gave an exclusive statement to popular gossip website TMZ, in which they detailed their worry around the 41-year-old. Sources […]

The news about Tori Spelling being pregnant again (with her fifth child) may come as a shocking surprise, since several reports in fact suggested that she is divorcing her cheating husband, Dean McDermott. However, it seems like the couple decided to do just the opposite of breaking up the family- to expand it. According to […]