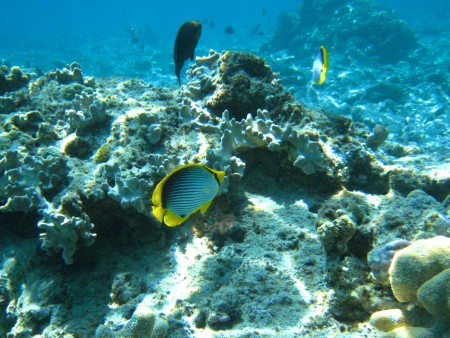 Scientists have found that marine life throughout the world’s oceans is currently being threatened by the drastic environmental shifts from climate change. Although climatologists have been calling for a reduction in greenhouse gas emissions for years, the point of no return is very near, according to a study published in the latest issue of the journal Science. Researchers from the study stated if nothing is done to curb the warming of the Earth immediately, marine life could be faced with a massive die off.

Hans-Otto Portner, researcher at Alfred Wegener Institute and co-author of the study, explained that the world’s oceans work as the planet’s storage sink for carbon dioxide. The oceans can be seen like, “the planet’s refrigerator,” he said. Portner stated since the 1970s, 93 percent of additional heat produced on Earth due to the greenhouse effects from climate change has been absorbed by the oceans. This greatly decreases the speed at which the Earth grows warmer.

In the study, researchers looked at two different scenarios that showed the ocean’s fate due to climate change based on current greenhouse predictions and the second under drastically cut levels. Although both scenarios did not have favorable outcomes, one was substantially worse.

Based on field observations and climate forecast models, the results of the study showed that if atmospheric carbon levels continue to climb at their current rate through 2100, nearly 36 billion tons per year, “warm-water corals and bivalves in low to middle latitudes, ” will be threatened with extinction, according to lead author Jean-Pierre Gattuso. Unfortunately, these will be just some of the marine life that is threatened by a massive die off. The marine life that supplies the world’s fisheries will be irreversibly damaged, causing a crisis in world food shortage.

The second scenario was not much more favorable, but much better than the former. If man-made carbon emissions are cut so that the Earth’s average temperature does not exceed an increase of two degrees Celsius, compared with pre-industrial levels, marine life in ecosystems around the world will suffer. but at a slower rate then before.

According to historic climate data, since 1750 there has been a very noticeable buildup of carbon found locked in sediment levels. In a recent NASA study, it was stated that humans cause climate change, which has led to the possible future destruction of marine life. 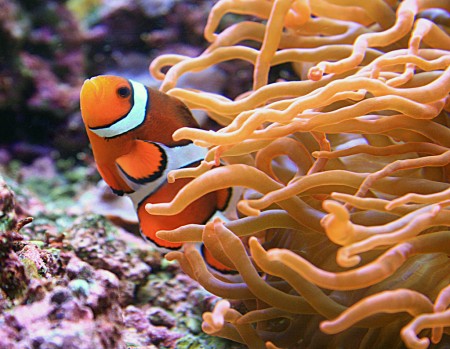 The world’s marine life will begin to suffer even before the end of the century. According to the study, forecast models showed that tropical fisheries will be faced with massive die offs by 2050. During this time, coral reefs and mangroves will face disturbing declines in population.

Current data shows the Western Pacific has had the largest increase in average ocean temperature – up 1.4 degrees Celsius in some areas. This is causing widespread migrations of sea life to cooler water elsewhere in the Pacific.

The disruption in niches of marine life due to climate change can cause a collapse in the food chain for some. Migratory patterns of sea animals could be thrown off balance due to unsuitable water temperatures.

Arctic fisheries will first benefit from the warmer waters with increases in populations of fish, but will soon become victim to ocean acidification through the abnormally high temperatures. This consequence of climate change currently threatens the West Coast of the United States.

Arctic land animals like polar bears will be threatened with extinction as land ice recedes. By 2100, all of the ice in the Arctic Circle will be gone, according to scientists, and there is migration path to another land source. Large land and marine animals are the most in danger, as their food supplies could be eradicated by climate change.

Researchers from the study claim that the burning of fossil fuels is causing the world’s oceans to become dangerous quicker than any natural occurring event that struck after the Great Dying, which took place over 250 million years ago, killing 96 percent of all marine species. Scientists warn that such a cataclysmic event brought on by climate change may occur by 2100 due to the ocean’s absorption of carbon dioxide.

Current estimates show that the world’s waters have absorbed over 30 percent of carbon dioxide created by humans sine the beginning of the Industrial Revolution. This makes it harder for the water to sufficiently carry and transfer oxygen to supply an thriving environment for marine life. Therefore, scientists are urging lawmakers around the world to create policy that will combat the consequences from climate change.

If humans wish not to experience a massive die off for marine life within the next 100 years, scientists urge policymakers to create legislation to curb climate change by decrease levels of greenhouse gas emissions. The warming oceans and the threatened marine life therein could provide scientists the argument they need to finally convince lawmakers that such a threat exists to the Earth.