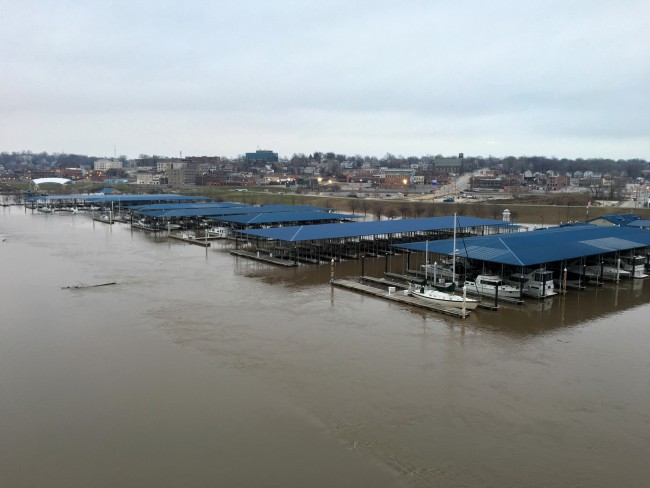 As the Missouri waters continue to rise, so does the number of deaths. NBC News reported that the death toll was at 14, on Wednesday, Dec. 30, 2015. Officials have stated that there is more flooding to come. The region is working to prepare for more water and residents near the levee are being evacuated.

The water level alongside the Perry County levee, near the Mississippi River is dangerously high. There are major corporations along that 30-mile levee to consider, such as Sabreliner Aviation. Governor Jay Nixon believes recovery from the flood will take some time. He stated there is deep water everywhere, people, businesses, and public assets. When the water level drops it is not over.

According to St. Louis City Attorney, Tim Engelmeyer, computers have projected the water level to be at the top of the levee. As a precautionary measure, 7,000 residents of Valley Park have been evacuated. He reported that there may be a six-inch difference in the computer projections and the actual water level.

A body was recovered in Crawford County, a driver of a vehicle drawn into the floodwater. This recovery brought the death toll up to 14.

The torrential downpour dropped over a foot of water in several parts of Missouri. Officials reported that the deceased were primarily found in southcentral and southwestern Missouri. It was stated that 13 of the people who were killed died when they attempted to drive their vehicles on flooded roads.

Nixon learned Tuesday, that High Ridge, Missouri reported their water treatment plant had been flooded. This left 20,000 people without water. 24 miles of I-44 West was closed in both directions on Wednesday.

Monday, Nixon declared a state of emergency. Tuesday, the National Guard was activated. President Obama spoke with Nixon Wednesday about the situation. The president told his staff to give Missouri any federal assistance necessary.

One Response to "Missouri Floods Still a Threat"