The Audacity of Bill Cosby as America’s Secret Rapist 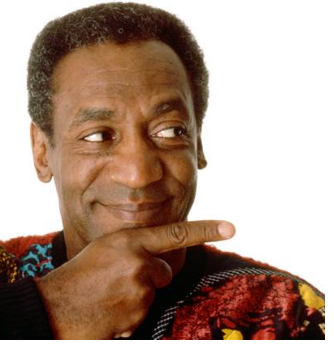 William Henry Cosby, better known as Bill, is one of the most revered and until recently, respected comedians of the last half-century. As a trailblazer, he set the bar high with a host of success and, as a result, occupies a permanent place in television history. In light of a series of sexual allegations and the recent charge from one of his many accusers, America’s favorite father has yet to humble himself as his world continues to collapse beneath him. The audacity of Bill Cosby as America’s secret rapist to smile in the face of his accusers all the while knowing he “allegedly” defiled these women without their consent and/or conscious awareness.

Maybe the statute of limitations has run dry for many of his accusers, but not Andrea Constand. This woman’s testimony, along with massive support from her legal team, validated the claims of Cosby’s other victims when a 2005 deposition was unsealed, revealing the comedian’s admission that he bought Quaaludes to give women in order to have sex with them. Believing he was still above the law, Cosby did not flinch. Even still, much of society had already deemed him guilty.

The audacity of a man whose ego was so big that he would make light of the accusations during comedy shows. He even took to Twitter to thank supporters who inexplicably defended him. All along this turbulent journey, Cosby’s attorneys have called the scandal frivolous and ridiculous, with claims that any sexual encounters with the world’s leading funnyman were all consensual. Until now, the famous actor had never been arrested or charged for any of the crimes, but he has long gone from America’s favorite father to America’s secret rapist.

The jello-pudding comic has experienced a rough year as new projects were rejected, reruns pulled from networks and public appearances halted. Despite the obvious, his arrogance seemed unharmed. He knew the world had fallen in love with Cliff Huxtable long ago. Yes, Huxtable was a great man, but he was not Bill Cosby. Fans were torn; they wanted so desperately to believe the two were actually one and somehow America’s dad was an extension of Cosby. 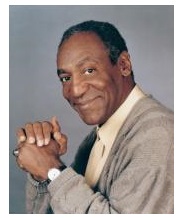 The audacity of the man who did not hesitate to name The Cosby Show after himself, even though it included none of the Cosbys, not even Bill. However, fans must admit that it was a great idea; one that provided the abuser with a much-needed mask of his true persona. This successful act of duality has caused him to shine in the face of opposition while reportedly committing unspeakable acts in defiance of his public facade.

The Different World creator has been protected by layers of hierarchy for many years, secured by his riches. Numerous allegations and now the recent charge all support the belief that his public life has allegedly long been riddled with criminal behavior. The comedian has lived publicly as the greatest dad of all times while perhaps secretly functioning as a serial rapist, incurable womanizer, and an adulterer. As the tide of his stardom continues to turn, all signs point to the audacity of a man who has now become America’s secret rapist.

In some way or another, many viewers “became” a part of the Huxtable family. Now America has been forced to deal with the “nasty family secret” that everyone knows about but no one wants to talk about. Every family has those conundrums. These are not just Cosby’s dirty secrets, yes, he is the one who has been accused over and over, but the entertainment community is not completely off the hook or free from shame. Reportedly, many within the industry knew about it and discussed Cosby’s abhorrent behavior in private, all while jumping at the first opportunity to work with the comedian.

Cosby has finally been charged! Whether he does any jail time or not, the comedian will die a deeply disgraced and broken man. Unfortunately, the culture that cheered him on even when he behaved like a monster is still very much alive. Society has created an arena which allows celebrities to perform heinous acts and yet, be invited to speak to the masses while receiving a host of awards and honorary degrees. Hence, fans are now faced with the audacity of Bill Cosby who has now transitioned from America’s favorite father to America’s secret rapist.