Chasten Buttigieg: Who Is the United States Inaugural First Gentleman 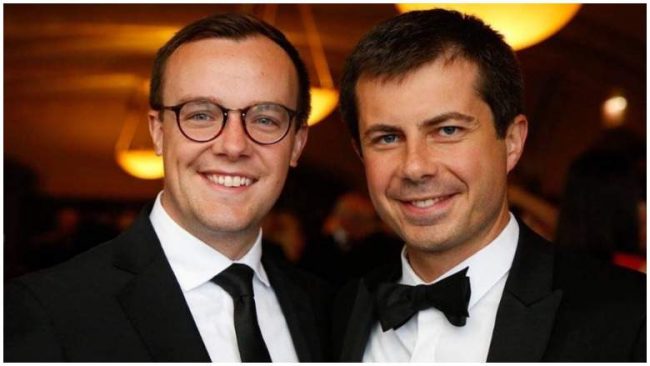 Pete Buttigieg, the mayor of South Bend Indiana, is the only millennial candidate in the 2020 race for president. If elected, he will be the youngest in American history.

Buttigieg is a Harvard graduate and Oxford Rhodes Scholar, who served in Afghanistan. He is also openly gay and happily married to Chasten Glezman, who has taken Pete’s last name.

Twenty-nine-year-old Chasten Buttigieg, husband of 2020 Presidental Democratic candidate thirty-seven-year old Pete Buttigieg is more popular on Twitter with over 290K followers than some of the presidential candidates.

Chasten’s wit, tweets on Twitter and sense of humor have not gone unrecognized. This can be due to his time spent as an improv comedian. His husband Pete is considered to be the shy one in the relationship.

At a recent dinner for the Human Right Campaign, he told the audience: “Being the husband of Pete Buttigieg is a lifetime adventure. In my world now, people take my photograph in the grocery store deodorant aisle.” He continued by saying “I could be the first man to pick out china in the White House.”

Here are some things to know about Chasten, who could become the United States “First Gentleman.”

Chasten earned his BA from the University of Wisconsin, and received his master’s degree in education from DePaul University. He is a drama and humanities junior high school teacher at South Bend Montessori school. Buttigieg is loved by his students and has taken time off to work on his husband’s campaign.

Pete and Chasten have two dogs they rescued named Truman and Buddy, who are are so popular, they have a Twitter and Instagram accounts @firstdogsSB.

Truman and Buddy are often discussed on the campaign trail.

The couple has been together since 2015. On their first date in September 2015, they bonded over their shared love of Local Midwestern food.

Pete said in an interview about their first date, “Once I saw he agreed to eat the Scotch egg, I knew the relationship had a shot at working.”

Chasten said he had been a few relationships and was out of one for a couple of years. He was ready to meet a man he could actually date with the goal of it becoming long-term.

The pair moved in together in 2016, and Chasten commuted to Chicago to complete his degree.

When the couple married in 2018, it was the first time in over four decades a sitting mayor got married while serving in office.

Chasten is incredibly supportive of his husband running for president. On Jan 23, 2019, when Pete tweeted he had launched an exploratory committee for a presidential run, his husband shared the post and tweeted “I am so very proud of my husband. Let us show the world the reason I fell in love with you.”

Chasten has said as the United States inaugural first gentleman; he would focus on mental healthcare, and improving the public schools access to education in the arts.