By Sheena Robertson on February 4, 20203 Comments 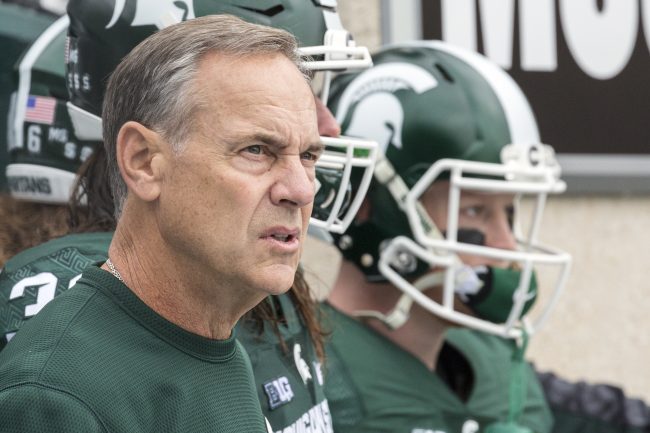 On Tuesday, Feb. 4, 2020, Michigan State football coach Mark Dantonio made the announcement that he is stepping down after 13 seasons as the head coach of the Spartans.

Dantonio has made Michigan State history after compiling a 114-57 record, with three Big Ten championships. The past two seasons the Spartans have gone 7-6. Dantonio has been scrutinized due to three of his players in the program being charged with sexual assault.

Dantonio’s decision to step down comes one day before the final college football signing day. The front-runner to replace Dantonio is Luke Fickell, Cincinnati coach. No deal is in place at this time. Mike Tressel has been named Spartan’s acting coach as a permanent replacement search is taking place.

On his social media account, Dantonio states, “Today marks one of the most difficult decision[s] that I have ever made at Michigan State. To all Spartans: Thank you for everything. You have truly helped my dreams come true.”

Dantonio plans to stay within the Michigan State athletic department working on special projects, especially transitioning current and incoming players to their next challenges.