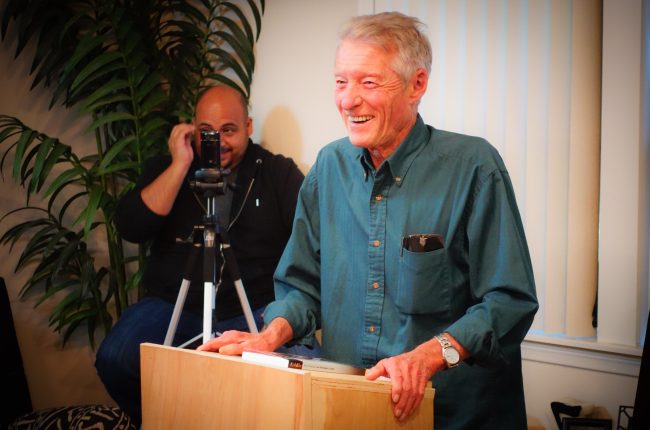 On May 18, 2020, “Leave It to Beaver” star, Ken Osmond passed away. He played Eddie Haskell, the smart-alecky sidekick to Wally Beaver. At this time there has not been a cause of death listed. Osmond’s son Eric released a statement announcing the actor’s death. “He had his family gathered around him when he passed. He was loved and will be missed.”

The actor was born on June 3, 1943, in Glendale California. His father Thurman Osmond was a propmaker and studio carpenter. The father’s job gave the mother (Pearl Hand) access behind the scenes where she would talk to people about her sons.

Thanks to her being the classic stage mom, he and his brother got their big break in acting. Osmond and his brother, Dayton were child extras in “Plymouth Adventures,” a Mayflower pilgrim tale. From there the boys had minor roles in “So Big,” “Good Morning, Miss Dove,” and “Everything But the Truth.”

After his small part in “Everything But the Truth,” Osmond appeared on the popular shows, “Circus Boy,” “Lassie,” and “Annie Oakley.” Osmond was 14 years old when he scored the role of Eddie Haskell. His blond, curly hair, hideous sneer, and frightening stance made him an instant sensation.

On the show, Haskell’s horrible shenanigans would smudge the Cleaver name on occasion. He would be completely respectful to the Cleaver mom while bullying Beaver and calling him “squirt.” His best buddy Wally Cleaver would get into trouble from time to time when Haskell convinced him to break a rule or curfew.

What Did He Do After “Leave It to Beaver”?

After the show ended in 1963, the child star joined the Army for a brief time. Afterward, he had a few brief roles in the TV shows “Petticoat Junction,” and “The Munsters.” In 1967, he performed his last minor role in “C’mon, Let’s Live a Little,” before joining the Los Angeles Police Department.

To help protect his anonymity he grew a mustache. He was a skilled member of the vice squad. Osmond was wounded in the line of duty three times. Eventually, he retired, earning a medical disability pension from the force.

Back Into the Limelight

In 1983, he joined some of his old co-stars to reunite in “The New Leave It to Beaver.” In the series, Osmond’s sons Christian and Eric portrayed the sons of Eddie Haskell (Osmond’s character).

The beloved actor joined the cast of the “Leave It to Beaver” movie in 1997. In the movie, Osmond played the father of his former character, Eddie Haskell. After that movie, Osmond would occasionally make appearances at nostalgia conventions, collector shows, and festivals.

Osmond’s wife of 51 years, Sandy, their two children, and various other family members mourn his death. May he rest in peace.

died, Leave It to Beaver, Osmond

One Response to "Ken Osmond, ‘Leave It to Beaver’ Star, Passed Away"