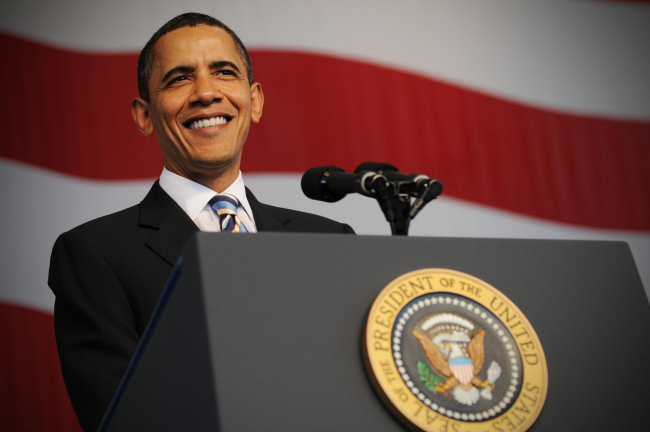 On Dec. 14, 2015, U.S. President Barak Obama met with the National Security Council on the counter-Islamic State campaign at the Pentagon. In a statement after the rare visit, the President provided an update on efforts to curtail the militant terrorist group amidst the recent attacks, including the one in San Bernardino, California that claimed 14 lives.

One of the statements Obama made while briefly mentioning the grieving friends and family members of the victims of the Paris and San Bernardino attacks is that “Progress needs to come faster.” According to NBC News, he also stated that the efforts of the American military are producing results. The various operations include special ground forces, multiple drone attacks, and in November, more bombs were dropped than ever before during the campaign to root out and destroy the Islamic State. The fronts on which the attacks are focused include, stopping ISIS propaganda and their fear tactics, working to end the civil war in Syria, and training and equipping Syrian forces involved in the fight.

The President listed several leaders of the militant group that have been either killed or captured during the campaign. The simple message to the leadership ISIL is “You are next.” The progress has been meticulous because the group is entrenched in urban areas and using innocent civilians as human shields. However, the Islamic State has lost over 40% of the areas it once controlled in Iraq.

President Obama ended his brief update with an open display of appreciation for the men and women of the military who not only serve this great nation abroad but mainly those directly involved in the campaign to take down ISIL and all of their allies once and for all.