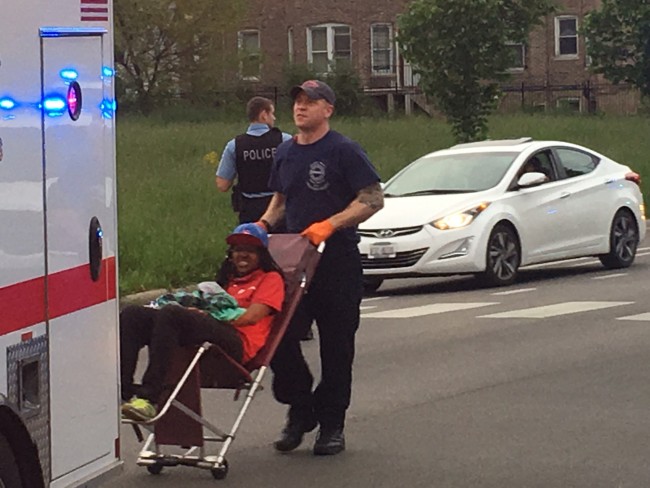 Guardian Liberty Voice photojournalist, Untrail D. Boyd, was on the scene following the shooting of a 16-year-old female in a westside North Lawndale neighborhood of Chicago on Monday, May 16, 2016. The shooting occurred around 7:30 p.m. CT at the intersection of 13th St. and Independence Blvd.

The victim was a 16-year-old black female. No motive for the shooting is known at this time. The shooting victim was transported via ambulance to Chicago’s Mount Sinai Hospital. Her current condition is unknown.

Currently, there are no known suspects and no arrests have been made.

Details are still developing. Stay tuned to Guardian Liberty Voice for updates as this story unfolds.