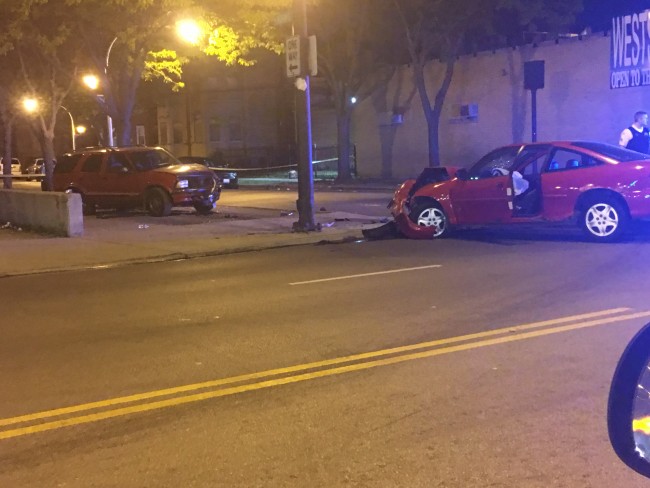 Guardian Liberty Voice photojournalist Untrail D. Boyd reported a shooting on Chicago’s west side has sent a couple to the hospital. The incident occurred around 10 p.m. CT and has resulted in the young couple being wounded and transported to the hospital.

Both shooting victims were alive and transported to Mount Sinai Hospital. Their conditions are unknown at this time.

Currently, there are no suspects and no arrests have been made.

Stay tuned to Guardian Liberty Voice for more updates as details of this story unfold.

Shooting and Car Crash on Chicago’s West Side Sends Couple to Hospital [Video] (Updated) added by Leigh Haugh on May 20, 2016
View all posts by Leigh Haugh →