Jussie Smollett Convicted in 2007 of Providing False Information to Police 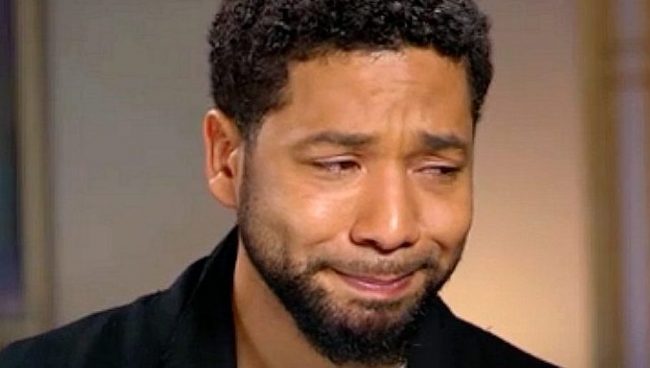 NBC reported on Feb. 20, 2019, that 36-year-old Jussie Smollet pleaded no contest to a DUI, providing false information to the police, and driving without a license in 2007. The L.A.  City’s Attorney’s office confirmed this.

An L.A City Attorney’s Spokesperson said Smollett was sentenced at the time to two years probation and had a choice of jail or a fine.

Chicago police found out about this case while investigating if Smollett falsified about being a victim of a hate crime. Chicago law enforcement has requested LAPD to provide any information they have about the 2007 arrest.

Police sources told NBC News that the LAPD initially arrested Smollett. The case was sent to the LA City’s Attorney’s office in the Van Nuys area and was handled by their prosecutors.

Chicago police have shifted their focus of Smollett’s attack from being a hate crime to a case regarding filing a false report.

Law enforcement has not stated publically if Smollet is considered a suspect or victim. They want to speak with Smollett, who refuses.

On Feb. 19 Chicago law enforcement received a tip from an eyewitness.  The source told them on the night he of the alleged hate crime attack, Smollett was seen in the elevator at his apartment building with the two brothers who were questioned for assaulting the actor. The brothers were eventually released without being charged.

Anthony Guglielmi, Chicago police spokesperson, said a person who was in the building at the time saw the three men together on the night Smollett was attacked. Guglielmi says the police have not verified the eyewitness’ account and planned on interviewing the person shortly.