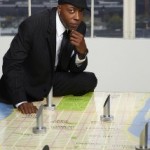 chooses Arsenio Hall over Clay Aiken on Celebrity Apprentice. Perhaps this is the most controversial decision in the history of the show. You could see intensity in his eyes as Trump asked each contestant why they believed he should pick them. Of course, Clay Aiken thought that he had already experienced placing second and practically vowed that it would not happen tonight. Hall countered Clay’s sentiment by reminding Trump that he too had finished second behind the Johnny Carson Show.

The controversy, however, stems from the fact that during their final assignment, Clay raised twice as much as Arsenio. Clay had a right to feel somewhat cheated since, after all, everyone knows that business success is measured in dollars and cents.

Nevertheless, Trump appears to have departed from the traditional playbook by making Arsenio Hall this year’s Celebrity Apprentice winner and subsequently Clay Aiken the loser.

What are your thoughts?